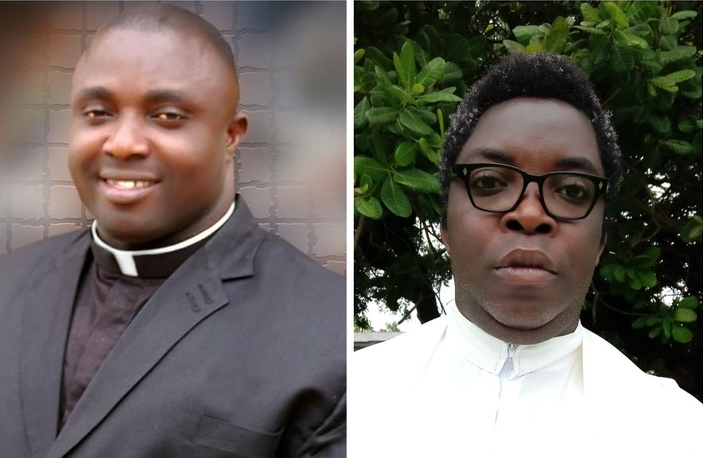 It was gathered the gunmen kidnapped the two Catholic priests on Saturday night along the Benin-Auchi expressway, between the Ehor and Iruekpen communities in the state.

In a statement on Sunday, Edo police spokesman, Chidi Nwabuzor confirmed that security agencies have been dispatched to the scene with a view to rescuing the clergymen from the kidnappers’ den.

“The Edo State Police Command was informed of the incident by the Divisional Police Officer, Ugboha, Edo State, that on Sunday 03/07/2022 one Rev. Father Amos Abhulimen of St. Dominic Catholic Church Ugboha reported that he was informed by the Catholic authority via WhatsApp that the above named Catholic Rev. Fathers were attacked, kidnapped and taken to unknown place by some kidnappers along Benin-Auchi Expressway between Ehor and Iruekpen communities.

“Immediately, the Commissioner of Police, Edo State, CP Abutu Yaro, fdc, dispatched Police Operatives to the area and warned to carry out aggressive and well coordinated manhunt in arresting the kidnappers and for the rescuing of the Rev. Fathers unhurt.”

This comes one week after another priest of St. Michael Catholic Church, Ikabigbo, Etsako West Local Government of Edo State, Rev. Fr. Christopher Odia, was abducted and killed by kidnappers.