Three children from the same family have lost their lives in a building collapse at Jigawar Tsada village in Dutse Local Government Area of Jigawa State.

The police spokesperson in Jigawa, Lawan Adam in a statement said the building collapsed due to the heavy rain which lasted several hours on Wednesday night.

“Today, at about 9:50 a.m., information was received from Jigawar Tsada village of Dutse LGA, that on the same date, one building has collapsed in the area due to the heavy rain which lasted for an hour last night,” the police statement said.

“Three children namely; one Farida Idi, 6, Mariya Idi, 3, and Bilkisu Yahya, one and a half, all of Yakasai in Jigawa died on the spot before they could be rescued.

“Upon receipt of the report, detectives moved to the scene, evacuated their remaining and rushed to General Hospital Dutse.

“On arrival, the Medical Doctor on duty certified them dead. Corpses were photographed and released to their relatives for burial according to Islamic rite.

“The Commissioner of Police, Jigawa State Police Command, Aliyu Tafida, condole with the parent, family and relatives and pray to Almighty Allah to give them the fortitude to bear the irreparable loss.”

This comes barely 24 hours after seven persons were injured on Thursday when an uncompleted four-storey hotel building collapsed in Ibadan, Oyo state capital. 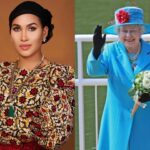 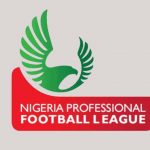