Nigeria head coach, Jose Peseiro has revealed why Super Eagles suffered an embarrassing 4-0 defeat to Portugal in a friendly match at the Jose Alvalade Stadium in Lisbon.

During the match on Thursday, November 17, the Eagles were put to the sword from the beginning when Diogo Dalot found himself in plenty of space on the right and teed up his Manchester United teammate Bruno Fernandes in the box for a 1-0 lead after just nine minutes.

Portugal’s second goal arrived via a questionable penalty call. Nigeria’s Debutant Bright Osayi-Samuel was adjudged to have handled the ball when it struck his arm as he turned his back. Fernandes stepped up and sent Francis Uzoho the wrong way for 2-0 inside 35 minutes.

Nigeria got the opportunity to pull one back later but Emmanuel Dennis missed from the spot after Dalot fouled Osayi-Samuel. The Nigerian players argued about who would take the penalty before Dennis took the ball and missed.

The best chance for Nigeria fell to substitute Samuel Chukwueze in the 71st minute, but he was denied a goal by goalkeeper Rui Patricio, who made himself big to block out the final shot.

The two late goals from Goncalo Ramos and Joao Mario in the 82nd and 84th minute completed the rout for Portugal over Nigeria which won’t be at the FIFA World Cup in Qatar.

READ:  Tory councillor who shared Facebook image comparing children in burkas to binbags is expelled from his political party

Despite playing the international friendly without their talisman, Cristiano Ronaldo, who suffered stomach bug at training on Wednesday, Jose Peseiro’s wards suffered a humiliating 4-0 defeat against the Qatar-bound Portugal.

Nigeria will have to wait until March for the 2023 Africa Cup of Nations qualifiers, while Portugal now head to Qatar where meetings with Ghana, Uruguay and South Korea await in the group stage.

Speaking with A Bola, Peseiro said that Portugal came out with their best team last night in their 4-0 thrashing of the Super Eagles.

He said: “We have to improve and improve a lot. It was a first half below what we expected, the second was much better.”

“Portugal was better, they are superior, they have a great selection, but the scoreline is heavy and exaggerated because we could have made it 2-1 and then we suffered 0-3 and 0-4. We cannot concede four goals and some of them the way they were.”

This comes six months after the Nigeria Football Federation (NFF) confirmed the appointment of Jose Peseiro as the new head coach of the Super Eagles. 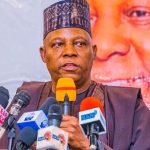 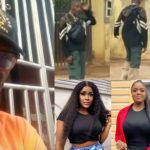