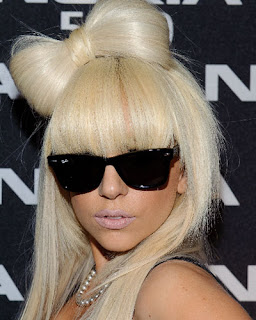 Controversial US singer, Lady Gaga a.k.a The Queen Monster according to Forbes.com is currently the richest and most powerful celebrity at the moment, ranking above all actors, athletes, actresses, writers and musicians. Forbes.com claims that Lady Gaga may soon be richer than the world’s richest moguls, Carlos Slim and Bill Gates. The website is the web version of the popular magazine well known for evaluating the world’s ‘who is who’.
Just this May, Lady Gaga was ranked at US $90Million richer by the same magazine. The statistics which run from May 2010 to May 2011 were #1 Celebrity out of 100, #8 in Money, #3 in TV/Radio features, #2 in the Press, #1 in Social relevance, #1 in Web and as the #7 most powerful woman in the world.
Gaga is the top earner not just because of the $90 million she earned with a monster tour, but also because of her 32 million Facebook fans and 10 million Twitter followers who she has christened ‘Little Monsters‘ who helped move 1 million digital downloads of her recent single ‘Born This Way’ in only five days.