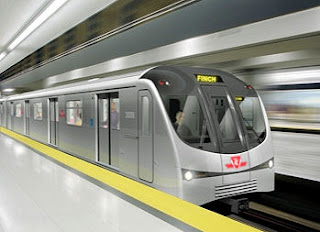 The first of hundreds of Toronto subway cars that will furnish a new surface rail line in Lagos, Nigeria, has left Canada for the last time, and is now en route to Africa’s largest city.

A Nigerian company, Eko Rail, has agreed to purchase 255 of the Toronto Transit Commission’s (TTC) best-equipped subway cars for use in a much-needed Lagos Blue Line mass transit system. The TTC is in the process of purchasing larger “Rocket” trains to increase passenger capacity on their lines.

As the electric-powered cars become surplus and are pulled offline in Toronto, they will be individually trucked to the United States for a rebuilding by a team of world-class rail engineers. The cars will also undergo track-width (or “gauge”) conversion and interior refurbishment before being shipped to Lagos.

The trains have been inspected by the Governor of Lagos State, Babatunde Fashola, who endorsed the plan to purchase them following his official visit to Toronto in May 2011.

“The shipment of the first car is an important step in Eko Rail’s efforts to support the Governor’s transformation agenda for the city,” said David Potter, Eko Rail’s Chief Engineer. “Ultimately, the Blue Line, with this modernized fleet, will bring massive benefits to Lagos’ economic development and improve Lagosians’ quality of life.”

Eko Rail is entering into an innovative public-private partnership with the government of Lagos State to equip, operate and maintain the Blue Line for 25 years. Negotiations are being finalized and a concession agreement is expected to be signed in the near future. Lagos State has already started to make significant progress with building the rail tracks and stations. Eko Rail is utilizing URS Scott Wilson, one of the world’s leading railway infrastructure consultancies, to ensure that the infrastructure is built to global standards.

With financing led by Investec Plc, financiers of more than 25 rail projects around the globe, Eko Rail expects to invest about $400 million to equip the Lagos Blue Line, including construction of a dual-fuel electric power generating station, modern train control system, communications and power distribution, as well as depot and maintenance facilities. When the entire line is operational, Eko Rail expects to attract at least 300,000 passengers per day, with trains running every 5 minutes. 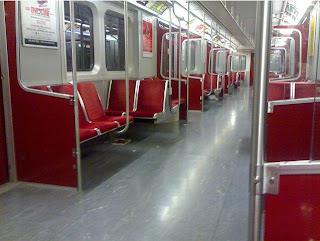