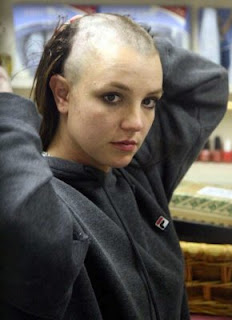 According to
Naples News, this lady got in a fight with her boyfriend,
26-year-old David Bustos on Thursday, and he left her pretty angry.
Later on he snuck into her house while she was sleeping and started
shaving her head with an electric hair clipper. Um, WHAT?!

The worst part is, this poor girl woke up to him jabbing the buzzer
into her head and causing a cut. Ow! The victim kicked her
boyfriend (well, hopefully ex-boyfriend by now) off of her, and he
ran off. Authorities arrested Bustos at home and he know faces
domestic battery charges. Sections of the woman’s hair were
found in the bed.

We know there are worse crimes in this world, but what kind of
sicko creeps in like a coward while their girlfriend sleeps and
SHAVES HER HEAD? How would you ever even come up with that
idea?  Honestly, we’re horrified and we hope this guy gets
what’s coming to him. Also, he’s rocking an obnoxiously
smug grin in his mugshot (pictured below). Yeah, tough guy,
you’re so proud of yourself, aren’t you?