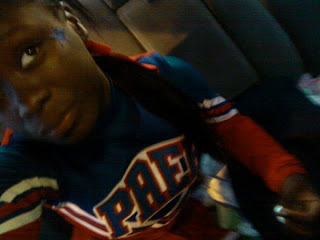 Can you imagine, 16 year old high school cheerleader Angela Gettis a sophomore at George Washington Preparatory High School in South Los Angeles, collapsed on the field during a game at Fremont High and died. She was taken to the hospital, where she was pronounced dead about three hours later.

Los Angeles Unified School District officials said it was apparently the result of sudden cardiac arrest. The girl’s family said she had no known medical problems.

Ullah said Gettis was a good student and a leader on campus. She was a member of the Junior Reserved Officers Training Corps and had planned on going to college and majoring in forensic science.

“I just want people to remember the heart she had. She was very kind,” said Angela Kirkindoff, Gettis’ aunt said.

May her soul RIP. I know how devastating her parents will be….

Related Topics:death
Up Next