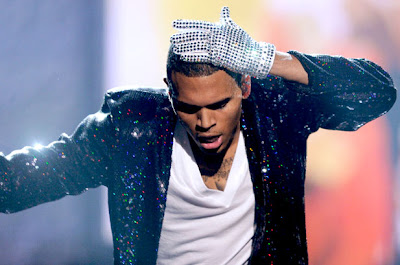 England has no love for a thug.  Chris Brown has been shut out of performing in the U.K. AGAIN — and this time it’s for the very special Micheal Jackson’s  tribute scheduled to go down tomorrow.

One day before the Michael Jackson tribute, Chris Brown has been forced to pull out after he was denied a work visa because of his criminal record.
The singer was set to honor the late King of Pop with a performance at the Oct. 8 star-studded Michael Forever concert in Wales, but he’s now axed his plans after being barred from entering the U.K. due to his 2009 assault conviction for attacking his then-girlfriend Rihanna.

The show has been plagued with problems in recent weeks – the Black Eyed Peas dropped out of the tribute on Thursday due to “unavoidable circumstances”, and Gene Simmons was removed from the bill following complaints from fans regarding previous comments the Kiss rocker had made regarding Jackson’s child abuse allegations.
Christina Aguilera, Cee Lo Green, Ne-Yo and Leona Lewis are still expected to perform as planned.

As much as ChrisB would like to put the past behind him, this “woman beater” thing is probably going to follow him around forever..i bet thats a lesson to all.

WHAT IS WRONG WITH THIS PICTURE