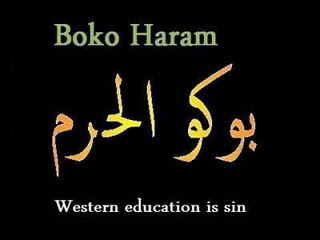 A purported spokesman for Nigeria’s militant Islamist sect, the Boko Haram, has
claimed responsibility for the weekend murder of a state television journalist,
the AFP has reported. The attack weekend was the first targeting the media.

Nigeria Television Authority cameraman and reporter
Zakariyya Isa was shot dead Saturday evening in front of his house shortly after
leaving a mosque in the northeastern city of Maiduguri, where the sect known as
Boko Haram has carried out most of its attacks.

“Zakariyya was not
killed in error,” said the emailed statement from Abul Qaqa, who has claimed to
speak on behalf of the sect a number of times in the past.

“We killed
him because he was spying on us for Nigerian security authorities. The killing
was carefully planned and executed.

“We have ample evidence … that he
was giving vital information to security agencies on our mode of operation that
led to the arrest of many of our members.”

There was however no evidence
that the journalist had acted as an informant, and both his network and the
secret police strongly denied the claim.

The statement, written in the
Hausa language widely spoken in Nigeria’s north, said Boko Haram “killed him not
because he was a journalist but for his personal misconduct.”

It added
that the sect would not hesitate to “kill anybody that steps on our toes”.

The NTA manager in Maiduguri said he had “no reason to believe that
(Isa) was working as a spy for the security agencies.”

“Zakariyya Isa
was a dedicated and loyal staff,” said Daniya Mohammed. “He was a kind of person
who could not hurt a fly. I was therefore shocked and sad when I learnt that he
had been killed by some gunmen.”

Marilyn Ogar, a spokeswoman for
Nigeria’s secret police, said Isa had not worked as an informant on her agency’s
behalf.

Boko Haram has been blamed for scores of bomb blasts and
shootings, mainly in Nigeria’s northeast. It also claimed responsibility for the
August 26 bombing of UN headquarters in the capital Abuja that killed at least
24 people.

Nigerian Jailed For Life In Britain For Attempted Murder