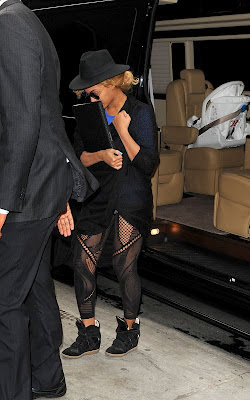 The ‘Love on Top’ singer was spotted entering the
West 35th Street Alternative Education Complex in New York, yesterday (18.04.12)
with a laptop, prompting speculation she could enrol.

Beyonce left high
school aged 14 to pursue her career, and although she received tutoring, it is
not known if she ever completed her high school diploma.
The facility
she visited offers a General Educational Development (GED) test which is
available to people who do not complete secondary education.

The test is split into five different subjects –
reading, writing, social studies, science and maths – and those who pass are
given a GED qualification, equivalent to a school diploma.

Beyonce –
who grew up in Houston, Texas – has previously said she felt she missed out on
some of her teenage years because she left school so early.

She
said: ”Socially I did miss out. I left school at
14 and had a tutor. I was never exposed to people long enough to make friends so
my family became my friends.”

The 30-year-old singer also said
she always felt at home when she was performing, and knew she wanted to be a
singer from a very early age.

She added: ”I
was awkward around other kids but felt comfortable on the stage. I said to my
mom, ‘There is no way this will work but I am going to be a singer.’ I was in a
group, aged nine, and my dad, Matthew, left his job to manage us. 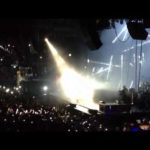