As the World Bank gets set to interview the three candidates vying for its presidency from April 9-11 before announcing its decision the following week, a group of former World Bank officials, including one-time chief economist, Francois Bourguignon, said it supported Nigerian Finance Minister, Dr Ngozi Okonjo-Iweala’s candidacy to become the lender’s president even as Governor of Central Bank of Nigeria, Mallam Sanusi Lamido Sanusi said Nigeria’s nominee was the best candidate for World Bank top job.

The 39 former managers, in a letter to the bank’s members, cited Okonjo-Iweala’s “deep experience in international and national issues of economic management” and said she had the ability to increase the bank’s effectiveness. Okonjo-Iweala, who was a managing director at the bank until last August, “would hit the ground running and get things done from the start,” the letter said.

According to the former World Bank officials, “challenges for the future president range from international fundraising to brokering agreements on global issues and while all the three presidency candidates, including former Colombian Finance Minister Jose Antonio Ocampo, have strong qualifications, Okonjo-Iweala’s skills cover the full spectrum of criteria. Uri Dadush, a former World Bank director of policy and one of the 39 signatories, provided a copy of the letter.

The US is the bank’s largest shareholder and has always picked the bank’s president, a tradition that’s now being disputed by rival candidates. The US nominee, Dartmouth College President Jim Yong Kim, has received an endorsement from countries including Canada and Japan. Kim has been on a world tour to seek advice about priorities for the bank.

The former officials endorsing Okonjo-Iweala, who said they wrote in their personal capacities, include Mustapha Nabli, governor of Tunisia’s central bank, and Jean-Michel Severino, who headed France’s International Development Agency from 2001 to 2010.
Okonjo-Iweala is best candidate — Sanusi
Meanwhile, CBN Governor, Mallam Sanusi, has said Dr. Okonjo-Iweala is the best candidate for the President of the World Bank.

Sanusi said this in Lagos, Wednesday night, while fielding questions from journalists at the send-forth for the International Finance Corporation (IFC) Vice President, Sub-Saharan Africa, Latin America and Caribbean and Western Europe, Mr. Thierry Tanoh.
He said: “Before I said it, The Economist has said it, The Financial Times has said it and I don’t think there is anybody that doubts that Ngozi is the candidate to beat there. We are talking about somebody who is competent, not because she is a Nigerian, black or a woman, but because of her curriculum vitae, her education, and her experience. There is simply no candidate out there on merit that can compete with her.
“So we do hope, as they have said, that it would be a merit-based contest. We do hope that the Americans and Europeans would practice what they preach to us and actually allow merit to reign.”
Sanusi commends IFC 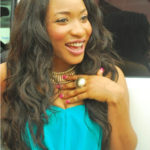