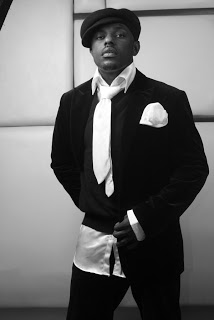 An Abuja Chief Magistrate Court has okayed ace Nollywood actor, James Ikechukwu Esomugha, a.k.a Jim Iyke, for prosecution over his alleged complicity in a N15 million share scam. Magistrate Azubike Okeagu in a ruling he delivered on Tuesday, said he was satisfied that the Nigerian Police Force has successfully established a prima-facie criminal case against Jim Iyke. If you missed the real story, click here. Meanwhile continue reading.

Consequently, the court fixed May 23 for police lawyer, Inspector Danjuma Ebune, to call witnesses to testify against the controversial actor who often plays bad boy role in movies.

Police had on November 11, 2011, docked Jim Iyke on a one count charge bothering on criminal breach of trust, criminal force, assault, cheating and criminal misappropriation contrary to sections 312, 265, 322, 397 and 309 of the Penal Code.

He was accused of defrauding a music recording company, Untamed Records Ltd, by surreptitiously transferring 15 per cent of its equity shares to his personal account.

The police maintained that its investigations revealed that the transferred shares were worth N15million in monetary value.

One of the prosecuting counsels, Mr Chijoke Okezie, had told the court that the accused person who he said was a resident of Sunnyville Estate, Abuja, hoodwinked one Habiba Abubakar into granting him access to share documents of the recording company.

He said police was invited into the case after Abubakar who is the manager of the company, discovered that 15 per cent of its equity shares were illegally transferred to Jim Iyke.

Following his plea on not guilty, the presiding Magistrate granted him bail in the sum of N500, 000, even as he was ordered to produce two persons to stand as his sureties.

Meanwhile, owing to his absence in court for trial on two successive dates, Police applied for a bench warrant to be issued for his immediate arrest, a prayer the trial Magistrate vowed to grant should the accused fail to appear in court on the last adjourned date.

His lawyer, Mrs Esther Uzoma, had pleaded the court to temper justice with mercy, blaming the absence of her client for trial on the fact that he was mobbed when he went for a video shoot in Cameroun.

Informing the court that Jim Iyke was hospitalized, Uzoma, pleaded Police to allow the matter to be settled out of court.

At the resumed sitting on the matter on Tuesday, the defence lawyer applied that the case be struck out for want of diligent prosecution, a request that was immediately refused by Magistrate Okeagu.

Jim Iyke sought the dismissal of the case after Police notified the court that the manager of the defrauded music company, Mrs Abubakar, who was billed to testify at the first prosecution witness in the matter, had family issues that kept her away from the court on that day.

Responding to Jim Iyke’s application for quash, the Magistrate held: “it is the humble view of this court that the prosecution has always been in court since the inception of this case.

On the last adjourned date, prosecution was in court with his witnesses and was ready to proceed if not for the absence of the accused person.

“I hold that the prosecution has not shown any sign of lack of diligence, therefore, this case is hereby adjourned till May 23 for Police to open its case against the accused person.”

Meantime, a mild drama played out shortly after the case was adjourned, as the actor who wore black shirt on black jean, and kept punching his Black Berry phone throughout the duration of the court proceeding, clashed with his some of his fans who attempted to snap him with their mobile phones.

On his order, his aide seized the handset of one of the fans, and allegedly wiped the contents of his memory card in a bid to forestall the publication of his pictures within the vicinity of the court.

Further hearing on the matter has been adjourned till May 23. 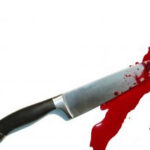