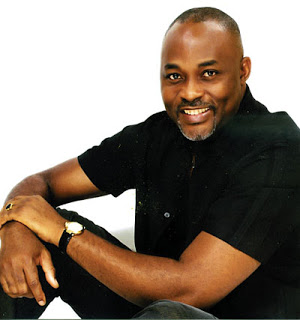 Actor-politician Richard Mofe-Damijo has reacted to the news being reported that he has acquired a home said to be worth about N250 million in Asaba, Delta State. The Actor who turned 51 yesterday July 7, 2012
took to the micro-blogging site Twitter after a long hiatus to debunk
the rumours and express his disappointment in those who reported the
news.
‘It has been brought to my attention
that one Linda Ikeji character who I understand is a gossip has put up a
story about my N250m. Ordinarily I will never dignify her type with a
response but with the calls, texts and BBMs I have received I’d like to
sound a warning to her (Ikeji) to desist from fabricating stories about
me and get a life’, RMD directed his accusations towards popular blogger Linda Ikeji…..Continue to see his other tweets.
Ikeji who reported the story on July 7
is believed to be the first person that broke ‘the news’ of RMD
allegedly acquiring the ‘expensive property’
‘Knowing the worth of a property is
not rocket science and if you find a dignified career path and work hard
at it you will be too busy and successful to spread unfounded lies
about people’, RMD continued
When asked by a fan if he would treat the case legally, RMD replied ‘I’m exploring that option, thank you’.
RMD concluded his series of tweets with a vote of thank to his many fans and followers…
‘From the bottom of my heart I want
to say a very heartfelt thanks to all of you for your beautiful birthday
wishes, God bless you and I love you.