A recently leaked letter has shown that President Jonathan is one the few individuals with the ability to successfully write anonymous letters to themselves. In a letter he titled “Anonymous letter to myself”, the president advised himself on the Salami issue. An excerpt is reproduced below:

“… you know I’m the only one in your life who truly cares, so trust me when I tell you not to reinstate Salami as Appeal Court president. You know that your first anniversary in office is fast approaching, just imagine if someone sues you and says you shouldn’t celebrate because you didn’t perform. If it gets to the Appeal Court and Salami is there, he’ll definitely rule against you and there would be no anniversary party for you. You don’t want that. Also, a good general leaves no soldier behind. You know that this battle is between your man Aloysius Katsina-Alu and the other people’s man Salami. You must stand with Aloysius. Whenever you’re clueless, just ask yourself, “What will Fashola do?” ……hahahah i haff die o. This man is funny, continue to see the rest of his letter to himself.

Do you think if Fashola sacks somebody, he’ll recall the person? Ask Lagos doctors. Lastly, does Salami have a Ph.D.? I’m not sure, remember to ask Adoke later. Just like you said the other day, our education sector is a mess because there’s shortage of Ph.D. holders, so also the Appeal Court is a mess and always against you because Salami might not have a Ph.D. and you do. Jealousy! Nigeria is progressing under your Ph.D. leadership; the Appeal Court can only progress with one as well.”

Politicians discover new cash crop
An inter-party team of Nigerian politicians visited Zambia for a pleading-meeting with Zambia’s President Michael Sata. They pleaded with Sata to pardon Zambia’s former Labour Minister, Austin Liato, who was last week sentenced to jail for burying $400,000 cash in his farm. According to the Nigerian politicians, they needed Liato to serve as a consultant to Nigeria on economy diversification and “cash planting as an alternative revenue source”.

The leader of the delegation (name withheld) said, “Just imagine the possibilities if we start growing our own cash crop in Nigerian farms. The grip of oil on our economy would be forever broken.” It is still unclear if the politicians really believe in this cash planting scheme or if they are just looking for an alternative banking structure since Swiss and London banks are suddenly becoming less co-operative.

Betting site for ex-presidents launched
Last week, a new betting site specially dedicated to maintaining the relevance of ex-presidents was launched. The concept is for Nigerians to bet on which ex-president would make the news per week, and what flowery language he’ll use. Two weeks ago, it was Buhari with “dogs and baboons”, last week it was Obasanjo with “rogues and robbers” in reference to legislators. So who’s next? According to the site, there’s a 2/1 chance that Gowon, the coordinator of Nigeria Prays, would be next with “principalities and powers” in reference to all past leaders.

CROWNED CLOWN (CeeCee) OF THE WEEK
A Pinch would like to share a story. Once, there was a broke man who needed to borrow money. It was raining heavily, but his need could not wait and so he entered into the rain. Alas, when it was time to repay his debt, it was raining too. “I’m sorry I can’t pay my debt because it’s raining,” he said to the lender over the phone.
When Justice Salami was suspended as Appeal Court president by the NJC, Jonathan’s government implemented it even though Salami had instituted a court case. Now, the same NJC has asked that Salami be reinstated and Jonathan says he wouldn’t because there’s a court case. Bello Adoke, the Attorney General, who should give sound legal advice to the president, has ceded his responsibility to partisan airheads, and turned himself into a mouthpiece for falsehood, justifying the unjustifiable. No one needs A Pinch … to tell him the measure of the man who is Goodluck Jonathan. But you should be told that Bello Adoke is a redundant clown. He takes the CeeCee. 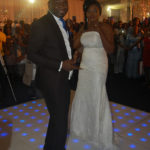 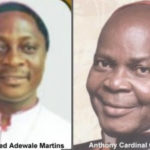