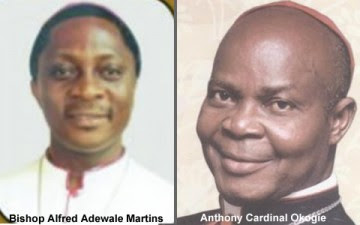 On Friday 25 May, 2012, His Holiness, Pope Benedict XVI appointed Most Rev. Alfred Adewale Martins as the new Archbishop of the Lagos Diocese. He is to take over from the retired Eminence, Cardinal Anthony Olubunmi Okogie.

Okogie, 75, retired on Friday after 39 years serving as Archbishop of Lagos. Okogie who was born in Lagos on 16 June, 1936 and ordained a priest on 11 December, 1966 was appointed Archbishop of Lagos Diocese on 13 April, 1973 and elevated to Cardinal on 21 October, 2003.
Prior to that, he was the Auxilliary Bishop of Oyo in 1971 and ordained bishop on 29 August of the same year.
He was installed Cardinal Priest of Blessed Virgin Mary of Mt. Carmel of Mostacciano on 22 May, 2004 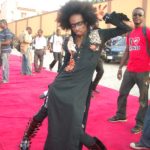