I got this mail today from Mr Zuby Njoku, one of the counsel to the woman whom Jim Iyke had fraud issues with….It was reported yesterday, that the court squashed the case on grounds of lack of evidence…if you missed it, read it HERE.

Dear Sir/Madam,
Our notice has been drawn to an article published on your blog and other media and we have been mandated to put the facts straight.

We would like to say categorically that the accused (Mr.
Jim Iyke) confessed to all the charges that were brought against him
which said charges includes criminal breach of trust,assault, criminal force, cheating, criminal misappropriation and
obtaining by tricks etc.

Pursuant
to his confession and guilty plea, the accused ( Mr. Jim Iyke) would
have been sent to jail but for the magnanimity of the victim, Mrs
Abubakar who, after listening to all the pleading from Jim’s family that
he was their bread winner, decided to temper justice with mercy……Continue to see his apology letters and evidences…

As
it was not the interest of the victim to ruin his career nor cause his
family unnecessary pain, the moral decision was taking to withdraw the
case on the condition that he will refund all the money he fraudulently
obtained.
At the instance of our
client, the case was only discharged for amicable settlement (and not
thrown out) and the accused was not in any way acquitted.
We
expect that Mr. Jim Iyke will concentrate on finding ways of fulfilling
the debt repayment agreement signed by him rather than the unnecessary
show of braggadocio and deliberate misinformation, as the agreement
clearly states that should he default on two consecutive installment
payments, the case will be re-opened, all waivers suspended, and the law
will take its cause.
He remains
liable and must desist from bringing the court, the law enforcement
officers and all parties involved to disrepute or the full wrath of the
law will be brought upon him.
Please find attached evidence and documentation in respect of the above.
Thank you for setting the records straight.
Zuby Njoku 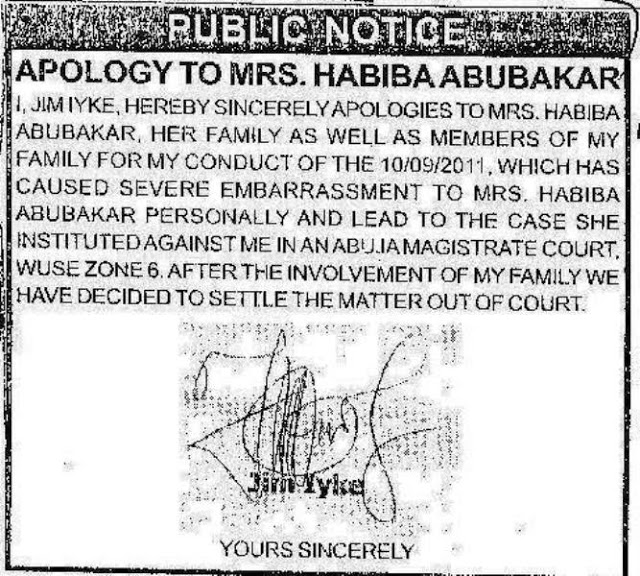 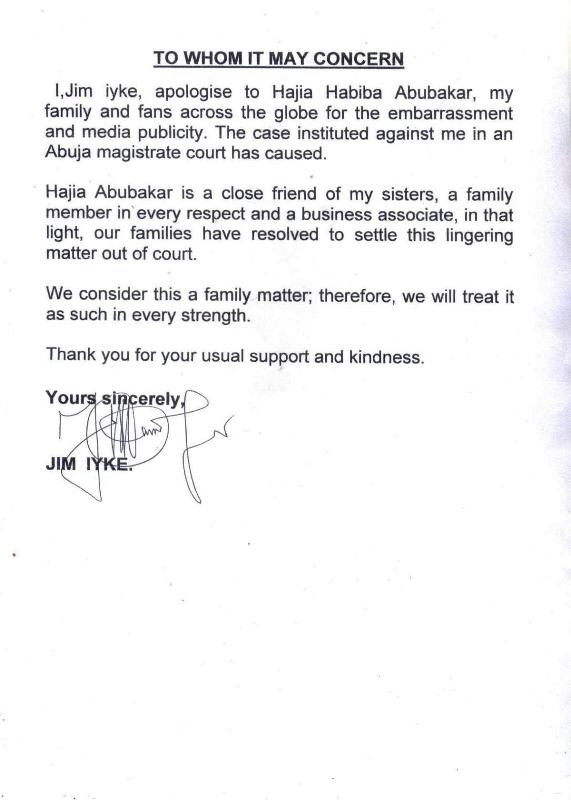 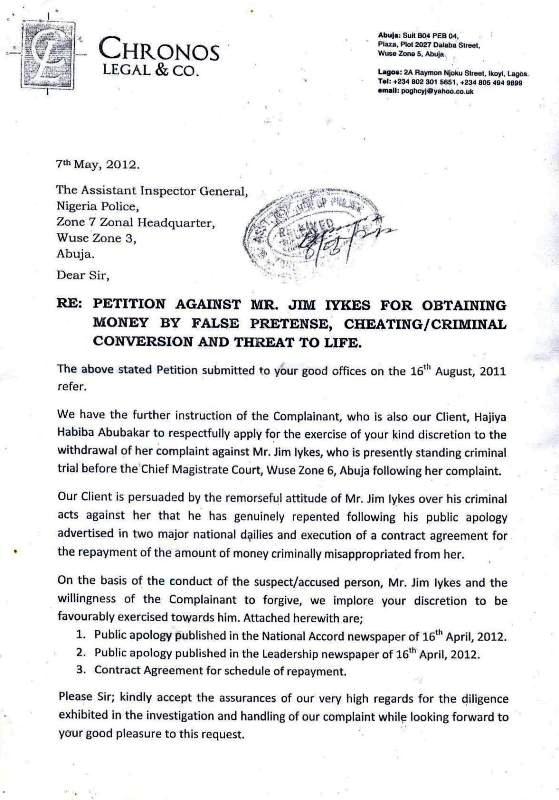 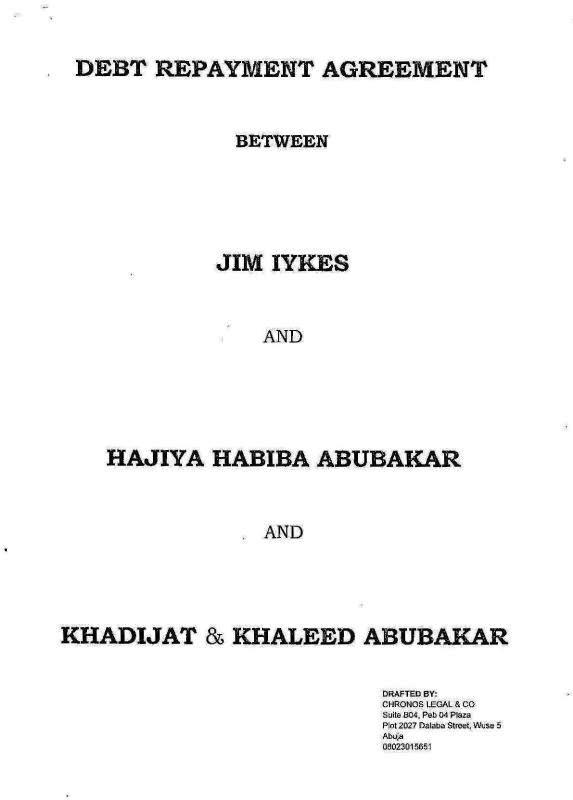 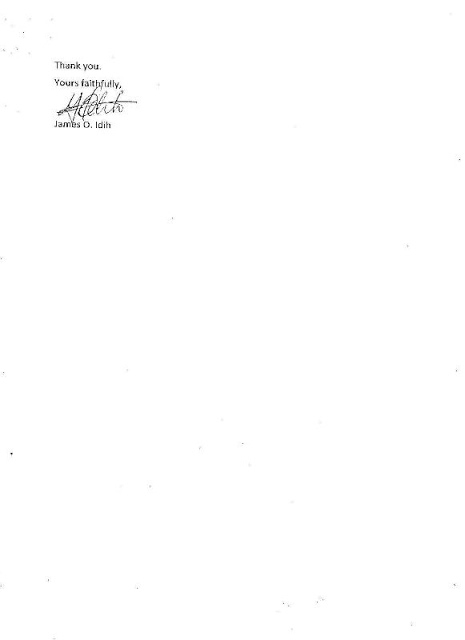 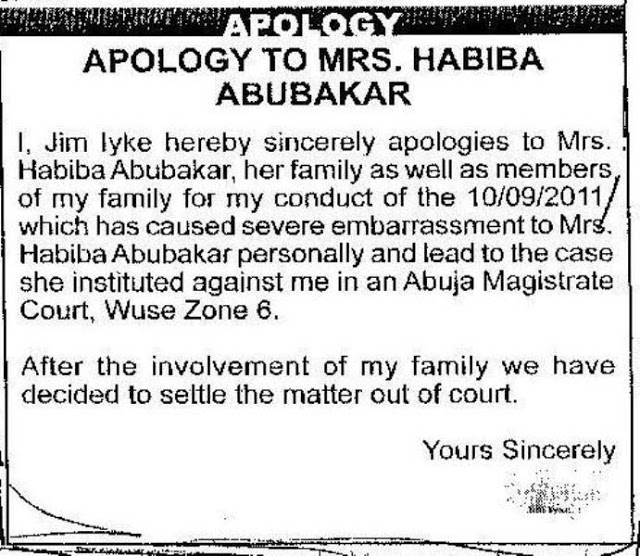 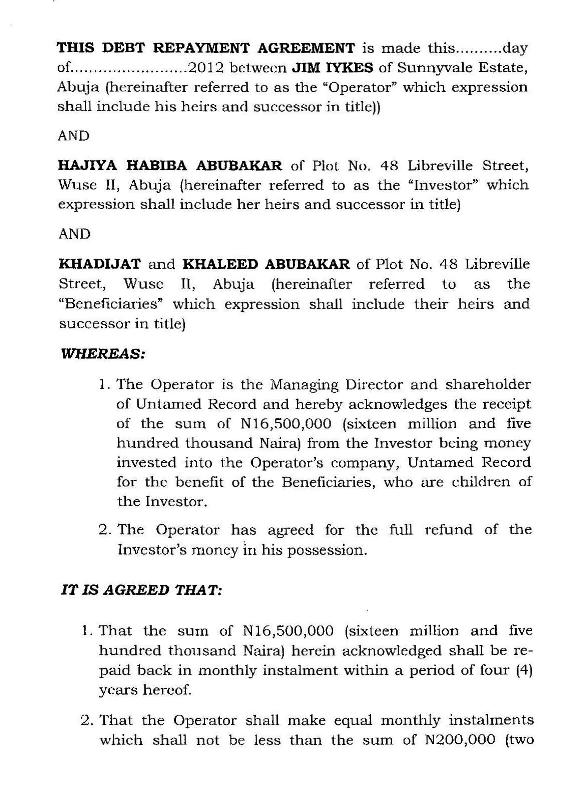 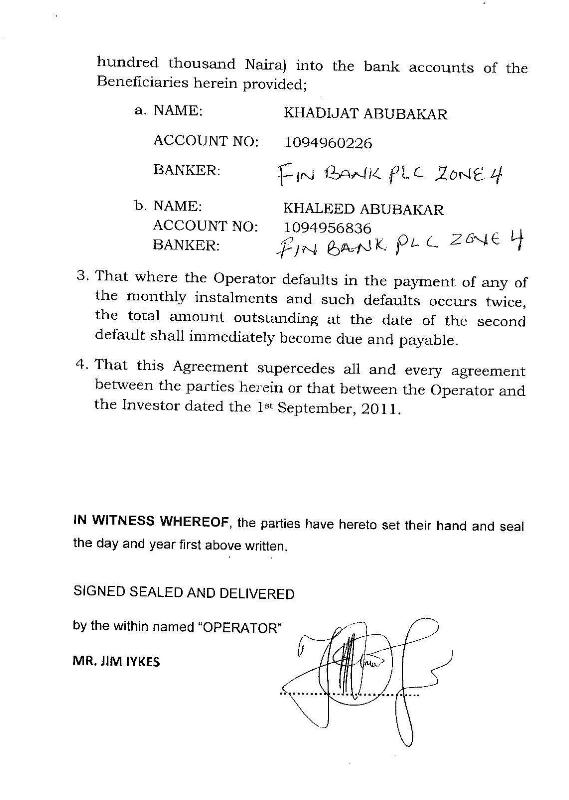