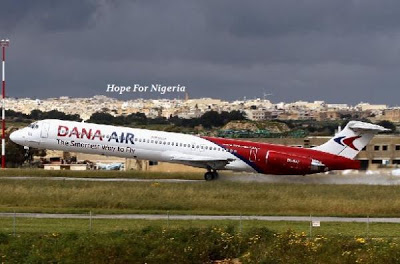 The federal Government this afternoon withdrew the operating license of Dana Air and also the Senate has asked the Federal Government to ground all planes belonging to DANA Airline until investigations are completed into Sunday’s deadly crash which killed 153 passengers and crew and unknown number of people on ground.

At plenary Tuesday morning, the upper legislative chamber also ordered the Director General of the Nigeria Civil Aviation Authority, Harold Demuren, to step aside until the conclusion of investigation into the accident.

The lawmakers made the resolution following a motion by the Chairman of the Senate Committee on Aviation, Hope Uzondinma (PDP, Imo).

The lower House had said Monday it would hold a legislative inquiry into the crash separate from government’s planned investigations.

The chairman House committee on media, Zakari Mohammed, said an ad hoc committee will be named to investigate the cause of one of the nation’s most horrific air accidents.

Also, the senate had said Monday it would support sweeping probe not only on Dana air, but the entire aviation industry, an indicator the chamber may not launch its own investigation but may be planning to back the government’s probe instead of conducting a separate one.

All 153 passengers and crew members aboard the plane died while an unexpected number, expected to be huge too, were killed in the buildings and the neighborhood the jet smashed into.
Mr. Mohammed (PDP-Kwara), said details of the probe will be announced on Tuesday when the House meets.

“We cannot fold our arms and allow this to be swept under the carpet. We will support all relevant agencies of government to get to the root of the tragedy. We want to know why it happened,” he said. “We want to, for once, unravel what is responsible for that national calamity.

“Senate would also insist that the probe this time should not be limited to Dana Airlines and their fleet, but all the airlines operating in Nigeria.

Mr. Abaribe said, “We had thought that Nigeria had landed in the golden era of safe aviation industry, where all the standard codes that conform with international best practices were being complied with.” 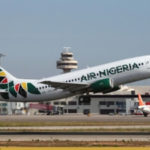