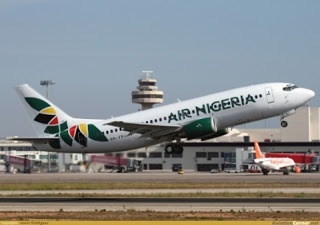 John I. Nnorom, a former Executive Director for Finance at Air Nigeria, has
warned Nigerians to stop flying the airline until they are sure that its planes
are being properly maintained.
In a blistering public petition, Mr. Nnorom,
who resigned his appointment with the airline on April 1, 2012, blamed the
situation on big businessman Jimoh Ibrahim, the chairman of Air Nigeria, whom he
accused of being uninterested in the maintenance of company aircraft.

“Some of the certifying Engineers and I are under threat
of assassination by Barrister Jimoh Ibrahim, if we reveal this secret to
Nigerians,” he said.

Mr. Nnorom said that upon his resignation, he
wrote a letter in which he said he preferred to die than to be a witness to over
100 souls perishing in an Air Nigeria aircraft. …Really, continue reading.

He
disclosed that Air Nigeria is in financial crisis because money loaned by Bank
of Industry of N35.5Billion has been diverted into Mr. Ibrahim’s NICON
INVESTMENT LTD, a non-finance company popularly called wonder bank, leading to
air safety being compromised, and stressed that there is a great possibility of
a disastrous Air Nigeria crash, which can occur at any time.
He recalled that
in Jan 2012, Licensed Engineers in Air Nigeria went on strike because they were
being forced to certify unfit aircraft into the air, and another strike was
averted in March 2012 following the intervention of the DG-NCAA, Demureen. Both
events, he said, were based on failure on Failure To Meet Safety Standard, and
are verifiable information the public is aware of.

Why are Air Nigeria
flights sometimes delayed for as many as eight hours? According to the
petitioner, that is because the aircraft for that flight is not ready. “While
passengers are waiting, engineers are battling to put the aircraft on Air.
Several times our Aircraft on Runway taxing to takeoff, turns back to offload
passengers due to some technical faults observed by Pilots.”

He said
that of the 11 aircraft being operated by Air Nigeria, only one, Embraer, is
safe to fly Nigeria Air space, with all of the others needing “deep and heavy”
technical maintenance.
“This explains why Air Nigeria has never operated more
than six Aircraft out of eleven Aircraft. Air Nigeria do not have the money to
fix these Aircrafts. Let anybody go and check now, some of the Aircraft and
Engines have been grounded for the past one year.”

Mr. Nnorom even
advised Nigerians who choose to take the risk of flying Air Nigeria not to eat
or drink anything, pointing out that passengers have been poisoned because Air
Nigeria serves bottled pure water, and that passengers have complained of being
served “smelling waters.”

“In Air Nigeria, just to renew expatriate resident
permit, Bar Jimoh Ibrahim will instruct a vendor to forge all the tax clearance
papers which is filed with the immigration.”

Mr. Nnorom alleges that Mr.
Ibrahim:
• As the chairman of Air Nigeria, has diverted N5billion From a
BOI aviation industry intervention loan Of N35.5billion granted last year by the
federal government through the Central Bank of Nigeria into NICON INVESTMENT
LTD;

• Diverted $18m Out Of $40m Afrixim federal government support
of the aviation industry; with $26,969,505.63 diverted into Mr. Ibrahim’s
acquisition of Energy Bank of Ghana;

• Diverted N10 billion released
by the government through the office of the Accountant-General of Nigeria for
the payment of pensioners into Nicon Insurance Plc released the sum of, with no
pensioner being paid.
Mr. Nnorom insisted that Mr. Ibrahim is trying to kill
him, and attached his letter of resignation and subsequent acknowledgement by
the CEO and FOREIGN LEASSORS to the petition.

“On the SFU, recovery of
$75,000 from me, I was never arrested, never invited by SFU, did not make any
statement, I do not know how money was recovered from me,” he said. “I am ready
to sponsor any person to come with me to SFU and show me my statement,”
attributing the matter to Mr. Ibrahim’s “poor character of cheap
blackmail.”

According to the former Executive Director, “Jimoh Ibrahim is
after my life but if my death will save hundred Nigerian souls from plane crash
and that is the will of GOD, my soul will be happy to meet my creator
anytime.” 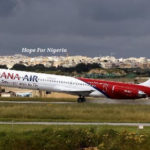