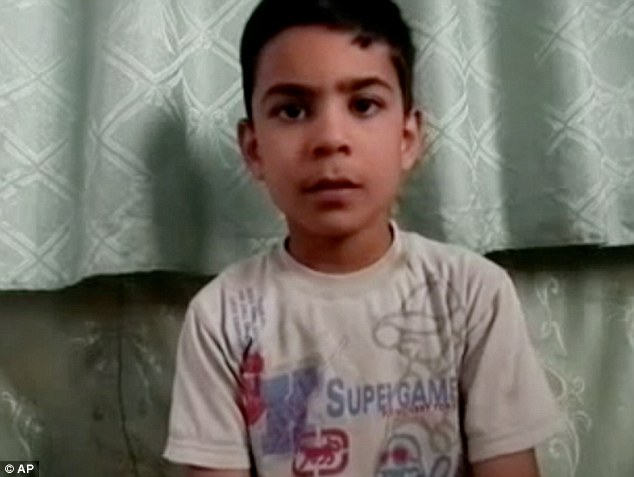 An 11-year old boy has described how he smeared himself in the blood of his slain brother and played dead as loyalist gunmen burst into his home and killed six members of his family during the  massacre in Houla (read it HERE), central Syria.

Speaking to the Guardian, the young survivor said government troops arrived in his district at around 3am on Saturday, several hours after shells started falling on Houla.
“They came in armoured vehicles and there were some tanks,” said the boy. “They shot five bullets through the door of our house. They said they wanted Aref and Shawki, my father and my brother. They then asked about my uncle, Abu Haidar. They also knew his name.”…….Continue to read his touching tragic story.

Shivering with fear, the boy stood towards the back of the entrance to his family home as gunmen then shot dead every family member in front of him.

“My mum yelled at them,” said the boy. “She asked: ‘What do you want from my husband and son?’ A bald man with a beard shot her with a machine gun from the neck down. Then they killed my sister, Rasha, with the same gun. She was five years old. Then they shot my brother Nader in the head and in the back. I saw his soul leave his body in front of me.

“They shot at me, but the bullet passed me and I wasn’t hit. I was shaking so much I thought they would notice me. I put blood on my face to make them think I’m dead.”

Apparently convinced their work was finished, the gunmen moved on to other areas of the house, from which they proceeded to loot the family’s possessions, the boy said. “They stole three televisions and a computer,” he said. “And then they got ready to leave.”

On the way out of the house, the boy said the gunmen found the three men they had been looking for. They killed them all. “They shot my father and uncle. And then they found Aref, my oldest brother, near the door. They shot him dead too.”

The Guardian contacted the boy through a town elder who is a member of the Syrian Revolutionary Council and is now caring for him. We are unable to independently verify the account and have chosen not to name the boy for security reasons
.
The boy said he waited until the armoured personnel carriers had moved from his street, then ran to his uncle’s house nearby, where he hid. He said the same militiamen knocked on the door minutes later, asking his uncle if he knew who lived in the house that they just rampaged through.
“They didn’t know he was my relative and when they were talking to him they were describing six people dead in my house. They included me. They thought I was dead.”

Throughout a 15-minute conversation, the boy remained calm and detached until he was pressed on how he knew the gunmen were pro-regime militia men, known as al-Shabiha. The irregular forces have been widely accused by residents of Houla of entering homes and slaughtering families. At least 32 of the dead are children and many of them appear to have been killed at close range.

“They got out of tanks and they had guns and knives,” he repeated. “Some of them were wearing civilian clothes, some army clothes.
“Why are you asking me who they were? I know who they were. We all know it. They were the regime army and people who fight with them. That is true.”

Damascus has denied its forces were responsible for the massacre, and again blamed terrorist groups. Houla is a stronghold of the Free Syria Army in Homs province. Many military defectors have returned there to live with their families.

Damascus suggested on Monday a UN inquiry should be established to verify what took place in Houla. 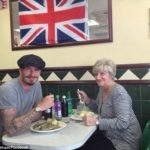