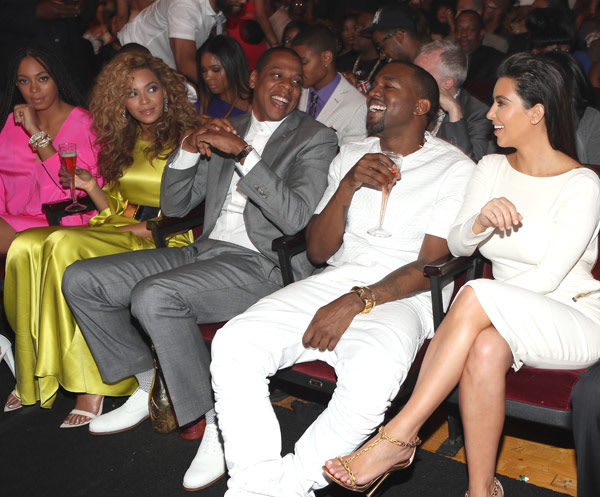 Beyonce, you are talented, beautiful and happily married. It’s beneath
you to publicly snub Kanye West’s new girlfriend, Kim Kardashian, at the
BET Awards.
Meow! Now Beyonce,
of course we didn’t see your claws out at last night’s, July 1st, BET
Awards but we didn’t need to. It was so obvious that you were giving the
cold shoulder to Kim Kardashian through the four hours of the BET Awards.

While Kim sat two seats away beside boyfriend Kanye West with your husband Jay-Z also
in between the two of you, you could have been five thousand miles
apart. I could feel the freeze through my TV set and it was colder than
the winter lands beyond The Wall in Game of Thrones.

Throughout the telecast, Beyonce, you were chatting non-stop and animatedly with your sister Solange, but never did you give so much as a smile to Kim who sat very bravely but awkwardly throughout the entire show.

Even when Kanye and best friend, Jay-Z, went up on stage together
twice last night to accept awards for Best Group and Video of the Year
for their collaborative studio album, Watch the Throne, you didn’t even take a teensy glance in Kanye and Kim’s direction.

Kim meanwhile tried to congratulate Jay-Z as he walked by her and
Jay-Z gave her the ice treatment too, barely touching her hand as she
stood up to applaud him.

Come on Beyonce. There was just
no need to diss Kim. You don’t have to love your husband’s best friend’s
girlfriend. She doesn’t have to be your bestie. But neither do you have
to actually appear rude to her.
“I was there and could see B and Solange throwing shade,” an eyewitness exclusively told us at Hollywoodlife.com.
She “wasn’t even talking to her and B didn’t even give Kim a hug or a
f***ing high-5 or nothing when she won her awards,” the eyewitness
reported.

Relationship expert Cooper Lawrence thinks you,
Beyonce don’t “respect” Kim. “She needs to respect someone who’s going
to come into her inner circle. She has a career and an image to uphold,”
says Lawrence, the host of the “Loose Talk” podcast.

Well Beyonce, I agree that Kim doesn’t have the musical, singing and dance talent you have.

But you two have more in common
than just your men. You are both incredibly hard working and savvy
business women with a lot of style. And you both are loving sisters and
daughters in close families. You actually could have a lot to talk
about.

Nevertheless, Beyonce – you don’t
have to trust Kim or even like her that much now. As you spend more
time with Kim, she may win you over. But in the meantime, you only make
yourself look less like the star you are, when you publicly cold
shoulder Kim.

You’re a great actress – turn on that smile when you see Kim – it only makes you look good! 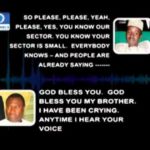