Controversial preacher and popular prophet, Prophet Temitope Joshua is at it again. The founder of the Lagos-based Synagogue Church of All Nation (SCOAN)
was on Monday quoted to have prophesied mass death of 2go mobile chat
and Facebook users this week!…..Continue

The prophesy, we learnt from the revered cleric says that witchcraft
will take over the social networks and spread demons this week.

It would be recalled TB Joshua once prophesied about plane crash,
Chelsea’s UEFA Champions League victory, President Yar’ Adua’s death,
which all eventually came to pass.

His late prophecy has since
generated big fear among the social network users as many who wouldn’t
want to die refused to login into their accounts.

All efforts made to confirm this rumour were fruitless as the prophet is yet to make any comment on this……But can someone die from social networks???? Seriously asking!!! 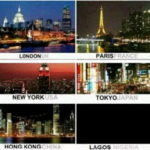