This is the story of Mrs Olayinka Uzamat when she was pleading at a Lagos customary court sitting at Agbado Oke-Aro that her marriage be dissolved.
Olayinka’s marriage has produced three children, but she said her husband always accused her of being wayward. And these arguments are what usually resulted in the punches which had aborted at least three of her pregnancies. She also said that her husband even once vowed to kill her when they had a quarrel.
Meanwhile, in his defence, the husband, Azeez informed the court that he never raised his hands against his wife, because he loved her passionately, pleading that the court should not dissolve the marriage for the sake of the children. Olayinka had requested for the custody of the children. 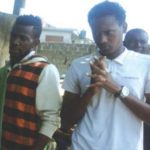