Ajuonuma was a victim of the plane crash involving a Dana Air flight, which claimed the lives of over 150 passengers on June 3, in Lagos State.
Before the corpse arrived in his compound in a Mercedes ambulance with registration No. TOS 7 at about 2 pm, many sympathisers, who came from far and near, had almost deserted the venue of the burial after waiting for several hours at a stretch.
In his sermon during the funeral service,  Pastor Ezekiel Jimoh of the Mountain of Fire and Miracles Ministry urged the members of the community to continue to put God first in everything they do for as long as they live on earth.
The elder brother of the deceased, Chief Emmanuel Ajuonuma, expressed his sadness over the tragic incident that claimed the life of his younger brother.
He described the lifting of the suspension on Dana Air by the Federal Government as unfair to the families of the victims of the air crash.
He denied knowledge of any involvement of the airline’s management in Ajuonuma’s funeral, adding that the bereaved families were yet to receive any assistance from Dana Air. 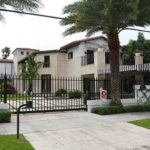 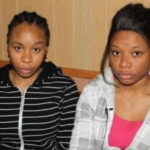