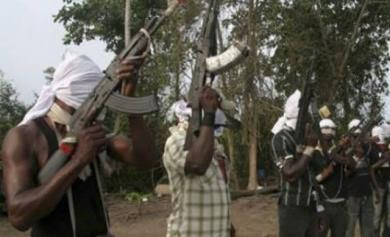 Against the backdrop of weekend’s killing of about 20 Muslim worshippers by unknown gunmen in Dogo Dawa area of Kaduna State and claims by the CNN and Aljazeera network’s report alleging that the killings were the handiwork of the military, the Defence Headquarters, last night, clarified that the killings emanated from reprisal attacks.

A statement signed by Director of Defence Information, Col. Mohammed Yerima, reads: “The attention of the Defence Headquarters has been drawn to the unsubstantiated claims byCNN and Aljazeera alleging that the Nigerian military carried out an early morning attack on Muslim worshippers in a mosque at Dogo Dawa, a village near Birnin Gwari in Kaduna State, where 20 people were allegedly killed by unknown gunmen….continue reading
“This is contrary to reports by other local and international media organisations, who reported that the attack was carried out by unknown gunmen.
“Investigation revealed that the killing was a reprisal attack by a gang of armed robbers who lost some of their members after a recent raid of their hideout through the combined effort of the villagers and the vigilante group in that community.
“The Defence Headquarters wishes to state categorically in the interest of the larger society that no member of the Nigerian Armed Forces was involved in the said attack which occurred in the early hours of Sunday,  October 14, 2012.
“We wish to reassure the general public of our readiness to offer assistance to the Nigeria Police Force and other security agencies whose primary responsibility is the maintenance of law and order in the society.
“We are committed to the defence and protection of our country’s hard earned democracy and more importantly, the Nigerian Armed Forces belong to the Nigerian people.”
“We urge members of the public to go about their legitimate businesses without any fear of molestation from any quarter, and to also report any breach of peace and security in the society to law enforcement agencies”.
I didn’t blog the story on the day they were killed….read a summary of it before
Unknown Gunmen opened fire on Muslim worshippers as they were leaving a mosque in Kaduna state killing at least 20 people. The attack happened in a remote village called Dogo Dawa, in Kaduna state, said Abdullahi Muhammad, the traditional ruler and councillor of Birnin Gwari, a local government area next door to the village. The state police commissioner Olufemi Adenaike confirmed the incident, but did not give a death toll. Also that same morning, there was an explosion accompanied by sounds of gunshots on Bama road, off  Lagos Street in Maiduguri. Lagos Street was the place were an explosion killed some soldiers about a week ago leading to retaliatory attacks on civilians and houses by security operatives, which allegedly led to the death of about 35 people. 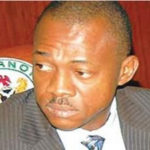 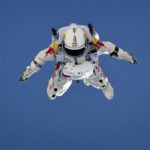