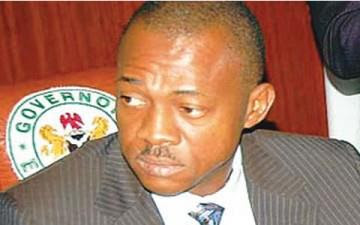 Feelers from the Enugu State Government House on Friday indicated that all might not be well with Governor Sullivan Chime’s health.

Chime’s last public appearance was at the meeting of South-East Governors Forum on September 9, 2012 in Enugu and since then, he was yet to be seen by journalists in the Government House and public functions.

The Deputy Governor, Mr. Sunday Onyebuchi, has been acting in the governor’s capacity, but his aides are reportedly not pleased with Chime’s directives, that Onyebuchi should not approve more than N500,000 for any project, no matter the circumstance…..continue reading

Our correspondent exclusively gathered from insiders within government circles that the governor left the country about two weeks before the October 1 Independence anniversary.

“He was not in a very good condition before he left the country for London. We noticed it. Although they didn’t want to make it open, maybe because of journalists,” an insider at the Enugu State Government House, who pleaded not to be mentioned, reliably told SUNDAY PUNCH.

The protocol staff said, “For some time now, we noticed that the governor has not been his usual bubbling self. You may not easily know this because he carries himself well and hardly talks, but some of us knew that the man was down.

“From what we heard, he is no longer in London; he was flown to India last week because his health condition wasn’t getting better. As I speak to you right now, he is in a hospital in India.”

To heighten the suspicion over the governor’s health, flood victims at Udi Local Government Area where Chime hails from said they did all they could to make the governor visit Udi communities that were ravaged by flood in early September, but to no avail, as they were told that he wasn’t too strong to do so.

One of the Udi indigenes, Mr. Victor Ike, said Chime could not detail any of his aides to come on his behalf because he was from Udi and that if he did, especially for a sensitive matter in his local government, the press would easily have suspected that something was amiss.

“Heavy rains destroyed our houses and livestock worth millions of naira at Umuifi village in Obioma, Udi Local Government Area, yet the governor could not visit us, obviously due to his health,” Ike stated.

“Our people in government told us that on the day he was supposed to make it, he relapsed and the trip was cancelled.”

When our correspondent contacted the Speaker of the Enugu House of Assembly, Mr. Eugene Odo, to find out if the governor transmitted a letter to him before leaving for London, Odo hung up the phone as soon as he heard the question.

He refused to pick subsequent telephone calls and did not respond to a text message sent to his mobile phone.

However, some members of the state House of Assembly who pleaded anonymity to avoid victimisation, said a letter was sent by Chime to the Speaker, but that the latter did not inform all the lawmakers of the letter.

Also, the Public Relations Officer in the Enugu State House of Assembly, Mr. Jonah Ugwuanyi, said, “It is not compulsory that the Speaker must read the letter to the entire House. He could decide to read it out during the plenary or executive session.”

While donating wheel chairs at the FSP Centre on Zik Avenue, Enugu, about two weeks ago, Odo reportedly said the governor informed him of his trip.

“The governor wrote me and said he was going on leave and that the deputy governor would act until he returns,” he said. 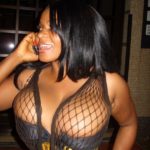 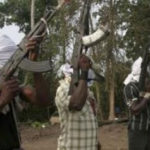