When the Lagos State Government launched its ambulance service on December 7, 1999, the then governor, Asiwaju Bola Tinubu, had appealed to officials and support staff to ensure success of the programme through prompt response to distress calls. But a resident, Mr. Olufemi Ibirogba, said his experience on January 13 showed that such sense of response appeared lacking among the ambulance service staff.
Ibirogba’s five-year-old son, Enoch, had a hole in the heart and had a crisis some minutes past 12am. Ibirogba has no vehicle and one of his neighbours who has a car was out of town. He then thought of the Lagos emergency number, 767, which he dialed and got a response.
He told Punch Metro that it was like a great relief when he dialed the toll-free number and it went through.
According to him, a responder got the address of his home at Thomas Ajegunle, Ikorodu Road, Lagos, and promised to notify the nearest emergency officials.
Ibirogba said, “True to the responder’s word, someone from the Lagos State Ambulance Service called a moment later and asked me where I was. Immediately I told him, he asked if I did not have a vehicle I could use to convey the child to the hospital.
“I was shocked because I thought he would have already known that if I had a vehicle I would not have called them. He again said I should try and wipe the hot body of my son with cold water and I told him I had tried everything possible.
“After much pleading he agreed that an ambulance would be dispatched from Ikorodu General Hospital, which is the nearest ambulance station. Two hours later, the ambulance had not come. I called the emergency number again and I was promised the ambulance was on the way.”
Ibirogba said he soon realised that he was given an empty promise when five hours after the phone calls, the ambulance had yet to arrive.
During the period, Enoch’s condition worsened and his father was helpless. He went out many times to see if buses were moving on the deserted road but he saw none.
He said he had to wait till about 5am before he could get a bus which eventually transported him and the child to the Lagos State University Teaching Hospital.
Prior to January 13, Enoch, according to Ibirogba, had exhibited symptom of high fever on December 31, 2012.
Olufemi said, “Enoch became restless in the middle of the night. His body became very hot. I rushed him to the LASUTH on December 31, 2012. A doctor gave him an injection and prescribed some malaria drugs which we bought and gave him.
“Although his condition improved, a few days later, his health condition was fluctuating. I noticed at a time that his urine was foamy. I thought it was an effect of some of the drugs we gave him. But on January 13, his situation grew worse.”
Punch Metro learnt that when Ibirogba arrived with his son early on Sunday morning, the boy had become weak.
He said the medical officials at the emergency ward asked him to take Enoch for a blood test before he could be admitted.
According to Olufemi, the child’s mouth “had become dry” and he was eventually admitted at B2 section of the ward.
“I had to prevail on nurses and the doctor on call to come and check on him regularly. At a time, the breathing of my child grew worse. When I asked a nurse to notify the doctor, the doctor said he was busy but he later came. They did not treat him as if it was an emergency case at all.
“To make matter worse, an observant nurse noticed that the oxygen mask worn by my child was not working at all hours after they placed it on him.”
Punch Metro learnt that by 11.30pm on Sunday, the child’s breathing became laboured and he died.
On Monday, Enoch was buried by his father at his residence.
When contacted on the telephone, the Commissioner for Health, Dr. Jide Idris, said he would stop by LASUTH that day to find out what went wrong.
But subsequent calls made to his phone were not answered, while a message sent to his mobile phone was not replied.
Culled from punch 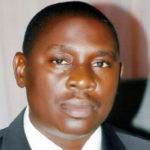