Authorities  of the Obafemi Awolowo University, OAU, Ile Ife, yesterday, reportedly apprehended a female student of the institution (names withheld) who allegedly attempted to flush her new born baby down a toilet.
The incident occurred at the popular Moremi Hall of residence on the campus.
The incident, which shocked  the university community, was said to have generated varied reactions as some students expressed shock over what would have prompted the student to commit such act.
It was further gathered that the young mother, who is in her late 20s is of the Department of Agricultural extension  in the university was allegedly caught by one of the cleaners, who raised alarm when she noticed blood streaming from the gutter of the toilet, which linked the drainage.
However, another source hinted that the student’s intention might not have been to flush the baby but that the new born baby came out unexpectedly into the water closet.
At press time, the student and the rescued baby have been taken to the institution’s health centre, where they are currently receiving treatment.
The Dean of Students’ Affairs in the university, Dr.  Lateefat Durosinmi, and the security department were said to have  taken over the matter.
Contacted, Public Relations Officer of the university, Mr. Abiodun Olanrewaju, confirmed the incident.
He, however, cautioned that people should not jump into conclusion by believing that the student intentionally wanted to flush the new born baby, adding that the security department was already investigating the circumstances surrounding the incident.
According to him, “the cleaner, who was said to have discovered the blood and subsequently caught the student was being interrogated by the security department.” 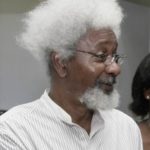