The Former President Olusegun Obasanjo, his former vice, Atiku Abubakar and the Senate President, Bukola Saraki, held a closed-door meeting in Lagos during the weekend.

According to ThisDay, a source at the meeting disclosed that the reason for the gathering is to map out a perfect plan to unseat the president during the forthcoming election.

“It was a strategy meeting towards 2019 and how to give the country a fresh direction.

“The discussion was not about South-west alone; it was a broad-based political arrangement that covers every part of Nigeria. It was a national thing. The basic concern is about how to give Nigeria a new lease of life by enthroning a leadership that will give the citizenry better lives.”

Obasanjo is one of the political leaders opposing the second term ambition of President Muhammadu Buhari. He has maintained a cordial relationship with some leaders across the country to actualize his dreams of supporting his vice, Atiku, who is the presidential candidate of the Peoples Democratic Party (PDP). 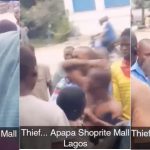 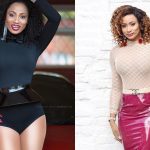