The Senate President, Bukola Saraki said that the presidential candidate of the People Democratic Party (PDP), Alhaji Atiku Abubakar possesses the qualities to fix this country.

During a news conference in Abuja on Friday, November 30, 2018, Saraki said Nigerians need a President who understands the economy, a person who can drive investment and also secure lives and property.

According to him, the PDP presidential candidate has those qualities to address those problems confronting the nation. He said

“We believe that Atiku Abubakar has the background, has the understanding and knows what it takes to address those issues,” he said.

Saraki re-emphasized that the party campaign would be issue-based, saying “Are we better off?”

He said what the party believed in was how the average Nigerian’s life and the economy were going to be better.

“To do that, it’s not just by government spending money, it is to create environment where people will be ready to come and invest.”

Saraki said he believed that Abubakar, with his background and the time he had spent as vice president, was in a good position to move the country forward. 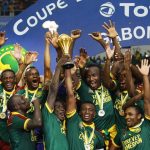 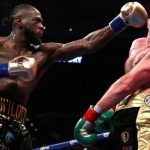