The Peoples Democratic Party (PDP) Presidential Candidate, Atiku Abubakar, has appointed three youths and a woman as his aides.

Mr Paul Ibe, Media Adviser to the former Vice President disclosed this in a statement to newsmen on Sunday in Abuja.

Adamu, 33, is an academician, petroleum economist, and leadership and development expert, who hails from Katsina State, and a pioneer of Global President of Commonwealth Youth Council.

He was an international expert at the United Nation’s Global Forum on Youth. He was also ranked among the top 100 most influential young Nigerians by Advance Media Africa.

Abbas, 34, an indigene of Borno State, is Director-General of the Atiku Cares Foundation (ACF).

ACF is a philanthropic platform of the former Vice President for humanitarian interventions to vulnerable persons and communities.

“ACF has under the leadership of Abbas, made great impact in bringing succor to the most vulnerable around the country, especially in the Northeast zone.’’

He also said Lamuye, a lawyer and philanthropist, was the founder of Prince Alade Lamuye Foundation (PALF), a vehicle she had used to impact on the lives of the widows in her state, Osun.

“She was until recently a member of the National Assembly Service Commission.’’

Ibe also said the former Vice President would on Monday kick off his campaign in Sokoto.

Over a week ago Atiku said that if elected president in the 2019 presidential election, 40 percent of his appointments would go to youths, while 30 percent would go to women, the remaining 30 percent will be managed by the elderly. Read the report HERE. 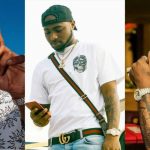 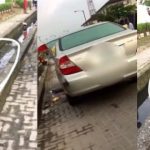