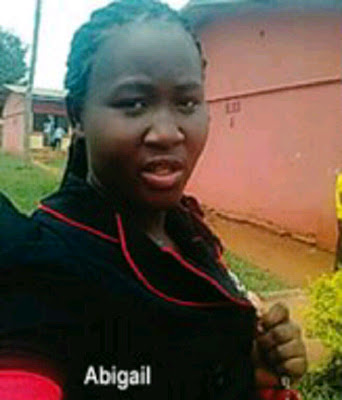 When on March 21, 2012, Abigail Iyaogeh matriculated at Ambrosse Alli University, Ekpoma, Edo State, her family were elated as the 21-year-old had spent over three years at home since she passed out from secondary school in 2008.

Abigail was said to be overjoyed by the admission to study Economics after years of trying.
Unfortunately, the joy of the Iyaogeh family was eclipsed by tragedy three days later. On March 24, the 21-year-old and six other students fell into a dilapidated well located in the Kudirat Hostel of the university. While five people were saved, Iyaogeh and another student, Angelita, lost their lives.

PUNCH Metro visited the Iyaogehs, at their home in Ogun State and observed that the atmosphere was gloomy as family and friends had yet to come to grips with the tragedy.
Daniel, the elder brother to the deceased and a 300 level student of Economics at the institution, told PUNCH Metro that the school was to blame for the tragic incident because it lacked infrastructure.
Daniel, who spoke with an emotion-laden voice, told our correspondent that if the school had emergency facilities, his sister would not have died.

He said, “On that particular day, the school authorities refused to turn on the generator so there was no way we could pump water and, as a result, people had to resort to other means of getting water. 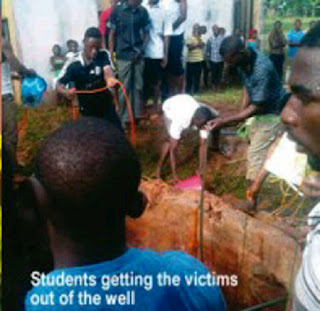 “My sister, along with six other girls, was fetching water from the dilapidated well around 7am when the concrete gave way, causing them to fall into the well.

“Students had to go and get a wooden ladder in order to get into the well and this took over 45 minutes. Finally, they were able to rescue five of them but during the rescue operation, the ladder broke and we had to go and get another one and time was running out because my sister, who was still trapped in the well with the other girl was already running out of oxygen.”
Emmanuel told our correspondent that because of the ill-equipped health centre in the school, the students had to take the victims to a specialist hospital in Irrua, a neighbouring town.
He said, “By the time my sister was rescued, she was in critical condition. AAU does not have a functional emergency unit so the students, along with some Red Cross officials had to administer first aid before transferring them to Irrua Specialist Hospital.

“In fact, there was no ambulance. Students had to use their cars to convey the victims to the hospital.” In a bid to restore calm in the school, the school authorities were said to have immediately called the police.
When the police arrived they reportedly fired tear gas at the students to disperse them.
The school authorities subsequently instructed all students to vacate the school premises by 2pm the same day as the school would remain shut for the next couple of weeks.
Abigail’s uncle, Lewis, told our correspondent on the telephone that the family was pained because of the manner with which the school handled the situation.

He said, “After Abigail died, the school authorities denied that anyone died. In fact, the Deputy Registrar of the University, Mr. Chris Adamaigbo, was quoted in a national daily as saying that nobody died and that those affected were rescued and receiving treatment in the hospital.
“Days after the incident, the school authorities had yet to contact the parents of the deceased and in fact, when I went to visit the Divisional Police Officer, he told me that the school authorities only reported that students were rioting, they (the school authority) did not tell the police that students died in the well until five days later.”
Abigail was buried last Tuesday.  The school authorities reportedly claimed that it was the students that built the well and absolved itself of full responsibility.
Efforts to get a response from the school were abortive as the Vice Chancellor, Prof. Cordillia Agbebaku, did not pick his call. He also did not reply to text messages sent to his phone.