Gunmen suspected to be bandits have killed two dozen local vigilante guards and a soldier outside Kotonkoro village in Mariga district, Niger State. 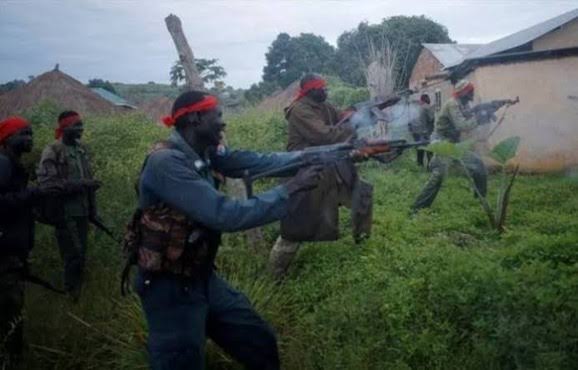 It was gathered thst dozens of motorcycle-riding assailants called bandits by locals, late on Monday opened fire on the vigilantes in an ambush, killing 25.

Speaking with APF on Friday, the head of vigilantes in Mariga, Abu Hashim said: “We have lost 25 members to the bandits.”

“We have recovered 20 of the deceased but we are yet to reclaim five more bodies which are still in the bush,” he said.

READ:  Islamic Cleric Drags Wife To Lagos Court After He Caught Her Sleeping With Another Man Inside Hotel

The vigilantes were on the trail of the bandits who had attacked a military post at the outskirts of the village, killing a soldier in a gunfight, Ilyasu told AFP.

“The bandits attacked a military post and killed a soldier, so the vigilantes went after them,” he said.

“Unfortunately, the bandits laid an ambush on the team and opened fire on them, killing more than 20,” he said.

KanyiDaily had also reported that Boko Haram terrorists killed 10 people and injured 21 others with mortar shells during fresh attacks in Maiduguri, Borno State.

READ:  Secondary School Principal Beaten After He Was Caught Having Sεx With Student [Video]