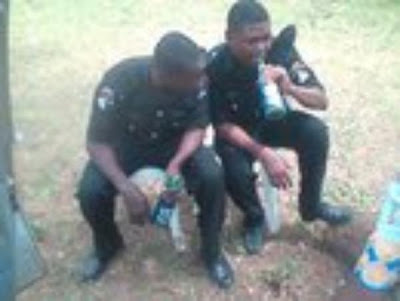 Police officers attached to the wife of Enugu State governor, Mrs. Clara Chime, attacked a photojournalist with the News Agency of Nigeria, Mr. Mike Agada, on Friday evening.It was gathered that the officers attacked Agada at the interment of an in-law to one of the special advisers to the governor, at Amebota Village, Ukana, in Udi Local Government Area of Enugu State.
The journalist was brutalised while performing his official duty at the funeral ceremony, with Mrs. Chime and other top government functionaries in attendance, when the mobile police officers descended on him, smashed the camera into pieces and severally punched and kicked the photojournalist…..continue reading
One of the police officers, Corporal Joshua Ethoti, corked his gun and threatened to ‘waste’ the journalist.Investigation revealed that the policemen beat up Agada on the suspicion that he took their picture while they were drinking.
It was learnt that the smashed Nikon D300 professional camera and SB 800 flashgun values N700, 000 in the market.
Enugu state Police Public Relations Officer of Enugu State Command, Ebere Amaraizu, confirmed that the matter had been reported to his office.He said, “Yes, I got a call from somebody in NAN who said he was manhandled by mobile policemen attached to the Governor’s wife. I told him that he should write a petition to the command and also send a copy of the petition to the Chief Security Officer to the Governor and the Chief Press Secretary, since the policemen involved are attached to Government House. You know that we don’t condone such things.”The police boss said necessary action would be taken after investigation. 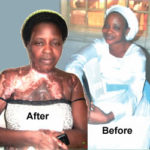