Following the ongoing war of words between the camp of President Goodluck Jonathan and former president, Olusegun Obasanjo, the president has cautioned his aides against attacking the former head of states through the media. Jonathan warned that anyone found guilty stands the chance of losing his job.
It was gathered that the order came following the intervention of some big wigs of the ruling Peoples Democratic Party, urging Mr. President to call his aides to order…..continue reading
A reliable source, who pleaded anonymity, said some members of the ruling party feel that the ongoing verbal war between the duo is not good for the image of the largest party in Africa.
The source said, “The party informed the President that the members of the opposition could capitalise on the disagreement to cause a major friction between the two leaders of the party.
“The President has directed his aides not to speak either directly or indirectly on anything that is injurious to the former President on any issue. This is because some leaders of the PDP have advised him not to take on the former President in a fight.
“Apart from the political implication of such, we also believe that it could heat up the polity and cause tension in both the party and the polity.
“Moreover, the party has seen that the opposition is already trying to make gains from the fight and that will not be a good thing either for the two leaders or our party.
“The President respects Obasanjo. He will not do anything that will widen the gap between them. I am sure that the disagreement will be settled.
“Besides, there are no plans by the President to witch-hunt Obasanjo with any probe.”
Also, a member of the National Working Committee (NWC) of PDP told some selected newsmen recently that the party was worried over the rising bitterness between the two top members of the party.
Obasanjo served as Chairman of the Board of Trustees of the PDP until April this year when he voluntarily resigned his appointment.
He recently said that Jonathan might be a weak leader because of his inability to bring the security challenges facing the nation under control.
Obasanjo said he directed the security agencies to bring out the militants who killed some security men in Odi, Rivers State, during his tenure as President.
In his reaction, Jonathan told Obasanjo that the invasion of Odi during Obasanjo’s tenure did not solve the problem.
The president added that rather innocent people were killed as the security operatives could not kill the militants suspected be behind the killing of the security men. 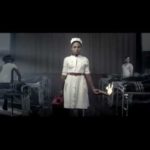