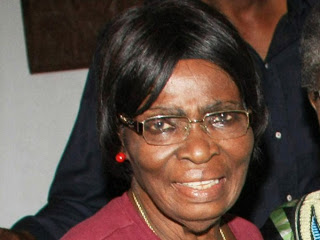 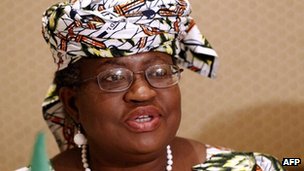 The mother of Nigeria’s Finance Minister Ngozi Okonjo-Iweala has been released five days after she was kidnapped. Mrs Kamene Okonjo, a retired professor, was dropped off on a main road near her home in southern Nigeria.

The young man who dropped off Mrs Okonjo has been arrested and is being questioned according to Governor Uduaghan.

It will be recalled that Mrs Okonjo was kidnapped 5 days ago…Her abductors demanded for 1billion Naira and later reduced it to 200million Naira…It is not clear yet if any ransome was paid or if they dropped her off cos probably there was pressure on them!

Picture Of Davido In Bed With A Girl