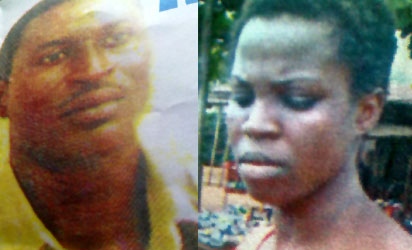 IT was a sad story of love gone sour. Indeed it came as  a big shock to residents of No. 8 Eze Street, off Okposi Street, Nkaliki, Abakaliki when they woke up to discover that their neighbour, Mr. Yaune Okorji, an Assistant Immigration Officer  attached to Ebonyi State headquarters of the command, had lost his life because of a marital squabble which had lasted for quite some time.
It was gathered that the deceased and his embittered wife, Mrs. Judith Okorji have been having serious marital crisis, leading to accusation and counter-accusation over issues bordering on infidelity and that several attempts made by senior immigration officers to reconcile them yielded little or no success…..continue reading
The quarrel reached a tragic climax on the fateful day  when the deceased accused his wife of sleeping with another man in a hotel. According to sources, the immigration officer who hailed from Ahoada in Ahoada East Local Government Area of Rivers State, the same community with his wife, was stabbed to death around 1:00am after a fight with Judith got out of hand.
An eye witness who did not want her name mentioned stated that when Mr. Okorji returned late to the house on the fateful day, his wife who was already angry because of the husband’s excessive consumption of alcohol started interrogating him, thereby leading to a quarrel.

She said: “It was then that the wife out of annoyance grabbed a knife very close to her and stabbed him on the upper part of his left hand and it pierced through his chest and the man fell down, with blood gushing out from the stab wound. Neighbours who were attracted to the scene by shouts for help, grabbed him and put him on a motorcycle and rushed him to the Federal Teaching Hospital. Unfortunately, he died on the way to the hospital”.

An unconfirmed source told VM that some angry relatives of Mr. Okorji had responded  to the incident by burning down the residences of the suspect’s (Mrs. Okorji) relatives in River State. Consequently, serious tension is said to be  building up in the hometown of the couple.
Confirming the incident, the Ebonyi State Police Public Relations Officer, Deputy  Superintendent of Police, DSP Sylvester Igbo, told newsmen that Mrs. Judith Okorji, the  24-year-old accused, had been arrested by the command for allegedly stabbing her husband to death after a quarrel bordering on infidelity.
The incident, since it occurred last Sunday, have generated lots of insinuations as bewildered neighbours in the area were seen discussing the matter in small groups.
Igbo said: “When the matter was reported, the police went to the scene and she was arrested. In the course of the investigation, she made confessional statement to the police. The Police discovered that she used the dagger belonging to the husband to stab him when they were quarreling.
It was alleged that the woman was accused of infidelity by the husband. The deceased was a staff of Immigration here in the state from Ahoda East in River State. They were living as husband and wife before the incident”.
According to him, investigation so far conducted by the police on the matter indicated that the accused, a nursing mother, who already had three children for the man, might have been provoked to carry out the act after the husband accused her of infidelity.
The Police spokesman revealed that the accused, who is a law student of the Nigeria Open University, had admitted to committing the crime but blamed it on the devil.
VM gathered that Judith who was in police custody, was later charged to court and remanded in prison custody for further investigation as the body of the deceased had been deposited at the Federal Teaching Hospital, Abakaliki, FETHA, for autopsy.
Also, the children of the deceased are said to be in custody of one Mrs. Eddy, a friend to the accused, for their up keep following the unfortunate episode.
Culled from : Vanguard 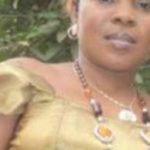