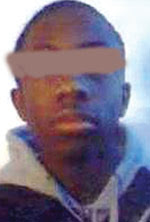 “ Life has been unfair to me”. This was the statement that greeted this reporter as he approached 19-year-old Chidi Okolie, who is currently going through psychological trauma following an act of gang-rape on him, Monday, in Badagry area of Lagos.
Chidi, as gathered,  left his home town in Izzih local government area of Ebonyi state for Lagos, two years ago, in search of greener pasture, following the demise of his parents.  The death of his parents, reportedly forced him to drop out of school.
But determined to irk a living, he decided to come  to Lagos, where he started hawking along the Mile two- Badagry expressway.
Along the line, he came across a middle-aged man who promised to offer him employment, an offer Chidi saw as a way out of  struggle.
But he got the shock of his life , on his supposed first day at work, as he was allegedly gang-raped and robbed by his supposed ‘messiah’
Hear him, “ I saw Okafor Emmanuel as my messiah when he promised to secure a job for me. I had barely finished selling on Monday, when he called me on phone to come down to Abule-Ado. I bought a sachet of pure water, washed my face and straightened my clothes. I packed the remaining wares into a bag and kept it, hoping to finish them the next day.
When I got to the designated place, I met Okafor with four other young men. He told me to accompany them to distribute cigarets to his customers in Badagry, informing  that, that was my first assignment. We did that until 11pm and because it was late, he asked me to pass the night with him.
Gang -raped at midnight
But at midnight, someone tapped me on the thigh and when I opened my eyes, it was Okafor. Lo and behold, he was in his nude! He bent over and said he would want to have carnal knowledge of me. I was shocked and concluded he could be drunk.
I lied to him that I wanted to urinate and left the room . But on getting to the sitting room, I met the other four men stack naked as well. At that point , I concluded the job offer was a mere trick to harm me.
At that point, I decided to run outside . But as I attempted to, they overpowered me and tore my shirts into shreds before pinning me to the ground with each having his way in turns.
As if that was not enough, they pushed  me out of the apartment that midnight, boasting that there was nothing I could do. When  I checked my pocket, I discovered they had collected the  N25,000 I made from my sales.
But I could not go  back to my uncle’s place that night so as not to be mistaken for a thief. All I did was to collect a shirt I saw on the line and wore. I remained there until 6am before leaving.
Since the incident, he has been begging for forgiveness, attributing it to the handiwork of the devil,without bothering to find out if I was hurt.
As I speak, I am still hurting all over but I can not go to the hospital because  I do not have money to buy drugs. I really do not know how to get money to start  business all over again. As it is now,  he has rendered me handicapped. You see why I said life has been unfair to me? He asked.
So far, Chidi did not report the incident to the Police as he claimed he was afraid he might not get justice at the end. He also feared that Okafor and his friends might carry out a severe deal against him, if he did.
Vanguard 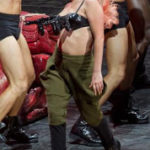 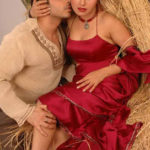