One day, Urooj Khan jumped for joy after scoring a $1 million winner on an Illinois lottery scratch ticket. The next month, he was dead. The lottery winner ‘woke up screaming from fatal cyanide poisoning ONE DAY after receiving a check for his $1million ticket. Investigators initially ruled Khan’s manner of death natural.
But after being prompted by a relative, the medical examiner’s office in Cook County, Illinois, revisited the case and eventually determined there was a lethal amount of cyanide in Khan’s system. “That … led us to issue an amended death certificate that (established) cyanide toxicity as the cause of death, and the manner of death as homicide,” Chief Medical Examiner Dr. Steve Cina said Monday. Why did Khan, an Indian immigrant who was described as a well-liked, hardworking and successful businessman, die? And who is responsible?
No arrests have been made. “We are investigating it as a murder, and we’re working closely with the medical examiner’s office,” Chicago police spokeswoman Melissa Stratton said Monday. On June 26, Khan was all smiles at a 7-Eleven in the Rogers Park section of Chicago. Surrounded by his wife, daughter and friends, he held an oversized $1 million check and recalled his joy upon playing the “$3 million Cash Jackpot!” game, where tickets sell for $30 apiece. “I scratched the ticket, then I kept saying, ‘I hit a million!’ over and over again,” the 46-year-old Khan said, according to a press release from the Illinois Lottery.
“I jumped two feet in the air, then ran back into the store and tipped the clerk $100.” The plan, he explained, was to use the money for his mortgage, paying off bills, a donation to St. Jude Children’s Research Hospital and investing more in his dry cleaning businesses. “Winning the lottery means everything to me,” Khan said. He would have to wait a few weeks to collect his actual winnings, which amounted after taxes to about $425,000.
According to CNN affiliate WGN, that check was issued July 19, but Khan never got to spend it. The next night, Khan came home, ate dinner and went to bed, according to an internal police department document obtained by the Chicago Tribune. His family later heard him screaming and took him to a local hospital, where he was later pronounced dead, the paper reported, citing the document. That’s where the Cook County medical examiner’s office came in, investigating Khan’s death because it was “sudden and unexpected,” Cina said. At the time, there were no allegations of foul play or evidence of trauma. So, following the office’s policy, Khan’s body underwent what Cina described as an “external examination (and) basic toxicology testing,” neither of which turned up anything abnormal.
So the medical examiner ruled that Khan had died of arterial scler*tic cardiovascular disease — which encompasses incidents like heart attacks, strokes and aortic ruptures — and that his manner of death was natural, according to Cina. A few days later, a family member approached the doctor who had examined the body “and said they felt uncomfortable that it was being ruled a natural and they suggested that we look into it further,” the chief medical examiner said. “So we did that,” he added. “Forensics is not a static field. If new evidence comes to light, we’ll revisit cases.”
That meant more in-depth toxicology tests. In early September, new screening results came back indicating cyanide in Khan’s blood. With that, the official manner of death was changed from natural to pending, Cina said, and Chicago police got involved. In late November, a more detailed blood analysis came back showing “a lethal level of cyanide,” and Khan’s death became a murder case. Chicago police haven’t offered details, including a possible motive, about what they call an “ongoing investigation.”
Talking briefly with CNN affiliate WBBM and the Tribune, Khan’s widow described her husband as kind and exemplary. Jimmy Goreel, who runs the 7-Eleven where the winning lottery ticket was sold, offered similarly glowing comments about Khan. “I would never think that anybody … would hurt him,” Goreel told WGN. “(He was a) nice person, very hopeful and gentle (and) very hardworking.” 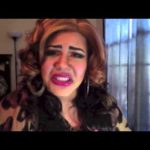