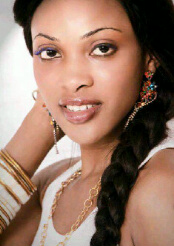 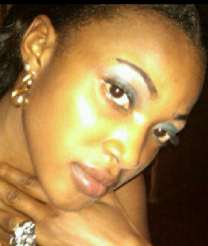 The trial of the suspects in connection with the murder of Facebook girl, Cynthia Osokogu began in Lagos yesterday with the state calling Mrs Ifeyinwa Njegbu, a receptionist at Cosmilla Hotel, where Cynthia’s body was found, stone dead.

In her testimony, Ifeyinwa told the court that while on duty on 21 July, 2012, she checked in two guests, a man and a woman who claimed to be a couple into Room C1 of the hotel at about 12 noon.

She noted that at about 8 a.m the next day, while she was preparing to hand over to one of her colleagues, Vivian Amule, the couple informed her through phone that they were checking out.

“After I had handed over to my colleague, I asked her to check out the couple since they had told me that they were leaving that morning”

Njegbu noted that when she resumed duty the next day,she was briefed that the couple had left but that a brother of the man had taken over the room since the payment made on the room will not expire until 12pm.
She told the court that the new occupant of the room told her through intercom that he would be staying behind but that she should permit him to get money from the ATM machine to pay for the day.

According to her, the occupant of the room whom she later identified as the first defendant, Okwumo came down and met the second defendant, Ezike who was waiting for him at the reception.

She said Okwumo confirmed that he was the new occupant of the room and that he needed to get some money from the ATM to pay for the room.

She said Okwumo who left the hotel in company of the Ezike never returned but called the hotel later to say that Cynthia who was in room C1 should be removed from the hotel.

” He said he will return by 12pm. I waited until around 3pm, when someone called the intercom phone and identified himself as the occupant of room C1 and that he is not going to come back and that we should remove the Idiot from the room”

“Immediately I called our manager and explained what had happened. He told me that if Okwumo doesn’t come back, the girl should pay for the room. He told me to call the room through the company’s intercom phone. I called several times but there was no response, ”

“The manager Mr Victor went upstairs and said he knocked at the door and there was no response. So he told me to take the master key since I am a lady like her, that I should go and open the door. I went up stairs to the room and knocked severally and there was no response.So I used the master key to open the door. Immediately I opened the door, I saw deceased Cynthia naked on the bed. I was shocked and I shouted Jesus”

She added that she rushed down to tell the manager who later invited police.

Mrs Njegbu further said that she was able to identify the two suspects to the police through a replay of the CCTV recording mounted in the hotel.

She said that about two weeks later, a man who identified himself as Cynthia’ brother called the hotel to find out if Cynthia had lodged in the hotel.

She said she declined to give Cynthia’s brother any detail because it was against the hotel practice to give out information about those who lodged into the hotel.

Further trial on the matter continues on 22 February, 2013