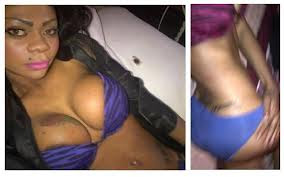 In this interview, 27-year-old Karen Igho reveals how she managed to survive the many controversies that trailed her victory at the 2011 BBA, her relationship with eccentric VJ, Denrele and her plans for the future

What has changed about you since you won the show in 2011?
I am still Karen Igho, but a mature one. A lot has changed. I am older and wiser now. You will not catch me doing certain things. I have seen life in a different way and I know a lot more now.

How does it feel being the reigning Nigerian with the Big Brother crown?
I feel very honoured and privileged that I still have the position as the last Nigerian winner of the show. However, I must add that to win the BBA is not a joke, whoever will, has to be a lot more entertaining than myself, Uti and Kevin Pam put together. I just think it is not time yet for a Nigerian. It’s just the right person needed.

What do you think was responsible for your victory?
I would say God. While I was preparing for the show, the last thing on my mind was how to win. I just wanted to have fun and learn as much as I could. I was lucky to understand that the best strategy for such games is to have no strategy to avoid unnecessary surprises.

What do you mean by unnecessary surprises?

Unnecessary surprises can be anything. You can wake up one day and realise you have been betrayed by a fellow housemate. We were young individuals locked in a room with cameras and constantly watched by millions of people. It was psychologically draining. We all had to fight for attention, respect and win games too. We needed to shout, be crazy or cause trouble to get all these.
What is your take on Nigeria’s performance at the last edition?
Let me first congratulate all of them for going there. I cannot blame any of them or say exactly what went wrong. Ola and Chris left on health grounds, which is a cogent reason. One’s health is a lot more important than money, but if they both had remained in that house, they would have won. Goldie too did her best. They are all cool people but I guess it was not time for a Nigerian.

Do you think Goldie was being true or was playing a game?
I cannot say anything about that because I am not Goldie. I don’t know if she was being real or fake. I can only speak for myself. I was real and I did my thing but we are different.
Do you still feel hurt about the stories written about you while in the house?
Not any more I have forgiven everybody involved. The things written about me were not only false and untrue but slanderous too. I was locked up in the house and could not defend myself. People believed these untrue stories, about me and it continued to spread but I thank God I won the show and I have been able to win the hearts.
Which of the stories got you most?
The one about me being a strípper was untrue. It still baffles me till date. I was locked up for 90 days with a sum of money at stake and as crazy as I was, I didn’t kiss or have sex with any guy and people could still write that I was a strípper.
Were you a strípper?
I was never a strípper. People don’t even know anything about me but are quick to believe the terrible things they heard. My mom is a very strong Christian and she built my spirituality. People who saw me like a wild card girl do not understand what it is being locked in a room with lots of alcohol and nothing to do.
It is impossible not to misbehave but once you are back into the normal world, things change. How many times have I being caught smoking in public?
What then were you doing while in the UK?
My uncle helped with my trip to the UK and I went there to study. I studied BusinessAdministration in Southwark College during which I took a summer class in Theatre Arts.
All through my stay there, I survived in a legit way. I joined the UNICEF and other charity organisations, which had African countries in mind. I was also a sales girl for Karen Millen.
Which of the stories were true?
My having a rough childhood was true. My being a strípper wasn’t true. The breast story was true. I genuinely did the implant because I had breast lumps and two of my sisters have done the same (operations).
Tell us about your growing up
I am the first born of ten siblings. My family is a loving and caring one. They stood by me during the Big Brother days. My mother fought severally to defend me. I am from the Urhobo in Delta state, but I was born in Plateau state. I schooled in Jos and Warri.
My growing up was not easy. My parents were separated and I had to live with my grand mum. It was not easy at all but I thank God.
What did you do with the money?
I built a house for my mum, another for my grand mum and I invested the rest. I am still hustling to make more money.
What is happening to your clothing line?
Karenified is still there. I rushed the first collection to meet with my birthday last year and because I wanted to raise some money for an orphanage, I planned to visit. It was successful but I want it bigger, so now I am taking my time and getting to understand the creative side of me better because I want it to reflect in the designs.
How did acting come into the picture?
While I was in the UK, studying business administration, I took a summer course in acting and tried my hands on some Shakespearian works. That and many other experiences I gathered improved my confidence in acting and presenting which are some of the things I now do.

What is your relationship with Denrele?
God brought Denrele into my life in a funny way in 2008. I just came back for a holiday (from UK) and my cousins invited me to his birthday party. There we met and exchanged contacts and became friends. He has been instrumental to where I am today and I am very grateful.
How true is the story that you both are dating?
Somebody started the joke on twitter recently and it went viral. Denrele is my brother and he knows the kind of guys I like.
Can you marry Denrele?
I don’t know the future but Denrele and I cannot get married. We have become one family.
Why are you yet to be married?
No be man go come first? Let’s just say I am waiting for God’s time but I am still working on my career and build the brand.
What kind of man do you like?
I want a God fearing and down to earth man and there must be strong chemistry.

Which Nigerian male celebrity will you date?
I know quite a few and would not want to call names. Besides most of them are married. If I mention anybody, you people (press) will be on my neck and once you see me with the person, another story begins. Nigerian acts are all wonderful people.
How did you get the Naija FM job?
I got the Naija FM job through Collete Otusheso (MTV). She encouraged me and introduced me to my boss, Gbemi (Olateru Olagbegi), Deji Awokoya (Beat FM) and since then, its been fun for me. I love the Naija FM family.
How was your first day on air?
I was nervous. I almost peed in my pant. I was confused and didn’t know what to do, but thanks to Ifektive and my other colleagues, they made it very easy for me and now I am loving it.
What project are you working at the moment?
At the moment, I am working on a Rukky Sanda movie and I have also gotten an invitation to be a part of a soap opera that will be aired across Africa.
What is the update on your assault case with Simrnoff gig?
We agreed to settle out of court because at the end of the day, the deed has been done and the lesson learnt. I also hope that with this the government stands up and ensure that our force men are properly trained on how to relate with the citizens
Source: Thenetng 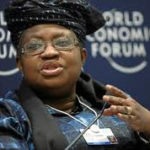