It captures the transparent figure walking calmly towards a metal railing before seemingly disappearing into thin air. The strange moment was reportedly witnessed by the centre’s caretaker who went outside to investigate.

‘I was sitting inside the hall and noticed a figure on the front CCTV camera. I looked up at the screen and thought I saw a person but wasn’t sure so went out to check, I went outside and no one was there but I thought they might have quickly walked around the side of the building into the park so I just went back in.

‘After downloading the CCTV footage I was surprised to see that the figure had been recorded onto the system. 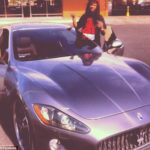 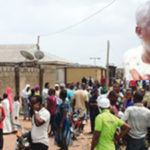