10-year-old pupil, Seyi-Ojo Anjolaoluwa, has emerged the youngest Nigerian Microsoft certified professional and one of the youngest people in the world to attain such feat.
Born on July 21, 2002 to the family of Dr and Mrs Anjolaoluwa, the chubby boy participated in the MCIP test on July 24, 2012. He scored 869 out of possible 1,000. Due to his performance, he was adjudged by Microsoft as a certified professional in Microsoft Windows XP (Administration Management and Configuration, Exam 70 – 270).
Anjolaoluwa, a JSS1 pupil of Valencia College, Ibadan, Oyo State, has thus joined the league of world’s set of young Microsoft certified professionals, including Lavinashree, an eight-year-old Indian, and two Pakistanis,  named Arfa and Thobani.
Though their performance was not as high as Anjolaoluwwa, some Nigerian children, which include Nwaiwo Favour of Royal Family Academy, Abuja; and Osaremen Davidson and Olanrewaju Shittu, both of Doregos Private Academy, Lagos are also in the good book of Microsoft Incorporation for their enviable performances in the certified examination.
Microsoft Certified Professional is an internationally recognised certification programme provided by Microsoft cooperation. The certification is tailored towards building skills on Microsoft business solutions, focusing on client-end operating systems such as windows XP, Vista, Windows7 among others.
Though he was not the only pupil registered by his school for the professional certification examination, the boy’s performance placed him shoulder higher than his five other school mates.
Except for his good looks and good natured smile, nothing about Anjolaoluwa appears extraordinary.  But will he pursue a career in software/hardware development like Bill Gates and Michael Dell who started their software/hardware project around the age of 13? Anjolaoluwa said no.
Rather than pursue a career in information technology, he said his aspiration was to become a medical doctor. His mission in life is to make his school and country proud. 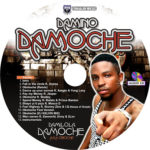