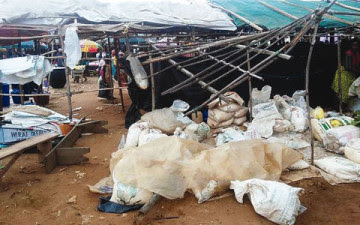 Culled From Punch
Tragedy struck at  Afaha Market in Ibesikpo/Asuntan Local Government Area of Akwa Ibom State on Tuesday when a trader was strangled after being raped by suspected hoodlums.
It was learnt that the woman from Ogoja, Cross River State,  had  gone  to  the weekly Afaha market  when the  incident occurred at night.
The woman, popularly called ‘Mama Oliver’, was said to have  gone outside the house to urinate when  four-man hoodlums swooped on her and took  turns to rape her.
The hoodlums thereafter strangled her for fear that she might recognise one or two  them.
An eyewitness, said, “Mama Oliver said she was going to urinate. It was in the process  that the hoodlums seized her. They had bouts of sex with her.
“It was believed that they strangled her because she could  identify some of the criminals. They feared that she might expose them if they let her go.”
A   friend of the deceased , Mrs. Eno Edet, told our correspondent that the death of Mama Oliver was shocking.
Pointing to Mama Oliver’s space in the market, Edet said, “I would never assume   that anyone  could  be so callous as to kill  an innocent woman just because of sex.
“We have refused to  sell things. The death of Mama Oliver is painful. She and her other sisters usually come from Ogoja  on  Afaha Market days.
“You can see her  space in the market  with her wares. We are really sad.”
Another trader, Mr. Ekong Okon, said what happened in Afaha Market on Tuesday could be attributed to darkness.
He said, “Where the women slept was not far from where Mama Oliver went to urinate. If there was light, we  would have seen the men.
“I think Mama Oliver knew some of these men. This could be the reason why they killed her. I still believe that if the place had been properly illuminated, the sad incident would have been averted.”
When Punch Metro  went to  the market , the deceased’s corpse had already been taken to a mortuary  in Ibesikpo/Asutan LGA.
All attempts to speak with Mama Oliver’s  sisters were unsuccessful . One of them  was said to have left for Ogoja while the whereabouts of the second were not known.
The state Command’s spokesperson, Mr. Etim Dickson, neither responded to text messages sent to his phone nor picked his calls. 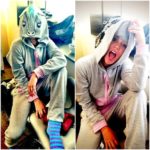 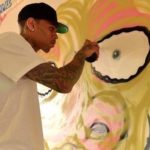