Menu
The photographer had been standing on a viewing platform ready to take a snap of the fog shrouded bridge across the Wuhan Yangtze River in Wuhan, at Hubei province in central China.
He said: ‘The mist was so thick on the bridge so large that it looked as if the bridge was standing on and disappeared into air. Like a bridge into nothingness. To be honest I didn’t even see the first person jump because I was concentrating so much on the camera settings and I didn’t realise at first that I had snapped the man jumping to his death. It was only then after snapping the photograph that I heard someone shout that somebody had jumped. I heard him hit the water below and then seconds later a woman climbed onto the bridge and jumped as well…….
‘I was totally paralysed – there was no way I could get anywhere near her, I still had my hand on the camera and I tensed and shot off another few frames entirely by accident – but ended up photographing the woman as well.’
Police identified the man from some of the possessions he left at the top and said he was a 20-year-old migrant worker named as Liu Han, and believed that the girl who has not yet been identified was his lover.
It is not known why the pair had made a pact to throw themselves to their deaths.
The boy’s uncle contacted by telephone said that he knew the young man was struggling to make a living and he can only assume that it was money that was the problem – as without an income it would have been difficult for him to settle down with the young woman.
Police who searched the river after seeing the photographic evidence that the pair jumped failed to find either of the bodies and after dark the search was called off.
A police spokesman added: ‘That is a 40 metre drop – it is extremely unlikely that either of them are still alive.’
Suicide rates among young people are high in China, where a person tries to kill themselves every two minutes, the government says. 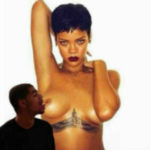