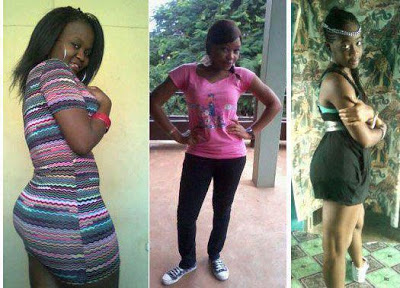 The Ogun State Police Command has debunked the message that circulated via BlackBerry about 3 girls that were beheaded and dumped around Ijebu Ode. (If you missed it, read it HERE)
The pictures above were supposedly those of the beheaded girls.
But the spokesperson for the state police command, Muyiwa Adejobi, told Punch correspondent that the rumours were mischievous and simply untrue.
“When I heard about it, I alerted our men who went there but saw nothing and got no report of such thing in the area,”  It was also learnt that many residents of the town, who read the broadcast, abandoned their activities and went to Ijebu Ode-Ibadan Road in search of the corpses.
One of them, Tolu Olaleye, said, “We have been here for the past three hours searching all the bushes, but we are yet to see anything. People have turned this road to tourist centre.”
A visit to UNILAG by PUNCH Metro showed that there was no student in its database with the name of Yetunde Ajao. A source said school officials had cross referenced the institution’s data with the name without success. The source said, “We also received the message about the headless bodies of three girls, one of which was believed to be a student of UNILAG. We checked all our digital records but the name Yetunde Ajao did not come up.”

If we are to believe the Police, who made up the story and to what gain and who is circulating this girls pictures?