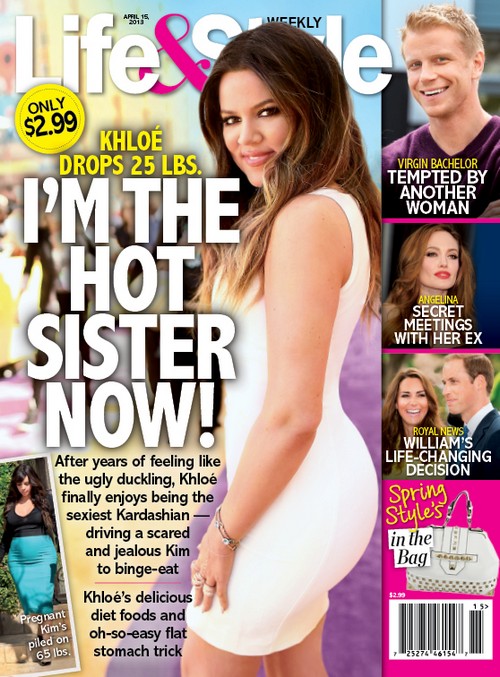 It’s fair to say that Khloe Kardashian has easily become the best looking Kardashian sister out of the three in recent months. Now that Kim Kardashian can’t stop packing on the pounds during her pregnancy and Kourtney’s struggling to lose her baby weight, the 28-year old has put that to her advantage and shown the world how hot she can really be.
Life&Style explains how the reality star managed to get in shape so quickly… and why it happens to be a ‘coincidence’ she’s looking so good now that her two sisters are struggling to keep their petite, curvy frame. According to the mag, Khloe has lost a whopping 25lbs in the last few months, all thanks to her strict new workout.
She joined 60DaysofFitness with her brother Rob Kardashian and rapper The Game at the end of last year, and the results are definitely starting to show. Life&Style also shares how Kim is starting to become jealous of Khloe’s hot new body as she hates the thought of having to work off all of the weight she packed on during her pregnancy.
The ‘Keeping Up…’ starlet prevents herself from getting anywhere near candy, soda and fatty foods, and instead had replaced them with vegan food and endless amounts of fruits for delicious smoothies, the mag continues. Clearly, Khloe wants to keep up with her healthy new regime, and why shouldn’t she?
In the past, she’s admitted to having been bullied by people who called her fat, adding that she could never be a Kardashian with her height, while others took a meaner approach and called her a drag-queen. Well, Khloe is certainly doing a great job at shutting those haters up. 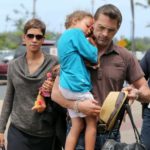 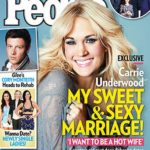