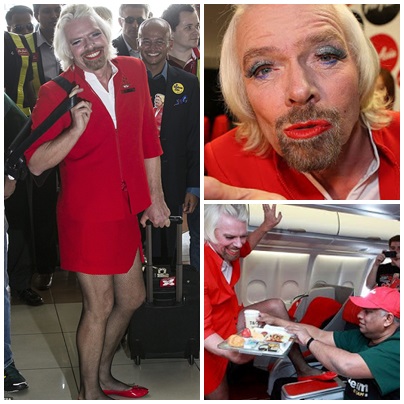 Virgin Airways Founder Richard Branson turned into a stewardess after he lost a bet to AirAsia group C.E.O Tony Fernandoes and Richard Branson has lost his latest job because of orange juice lolz.
The Virgin Group founder had his legs shaved, put on lipstick and squeezed into a red skirt to honor a bet by serving as a flight attendant on an AirAsia trip from Perth, Australia, to Malaysia.
But he earned a reprimand from AirAsia chief Tony Fernandes after he deliberately dumped a tray of orange juice on Fernandes’ lap.
Branson lost a bet to Fernandes in 2010 after they wagered that their Formula One racing teams would finish ahead of each other. Fernandes’ team landed two spots above Branson’s.
Fernandes gleefully declared after Sunday’s nearly six-hour flight that Branson’s skills as an attendant were “rubbish” and that he was being immediately fired.
Peep more photos when you continue. 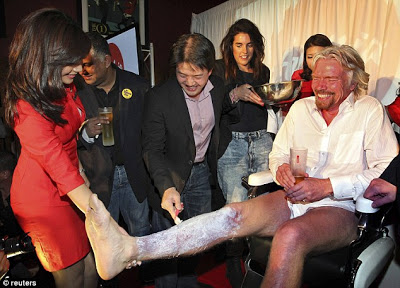 He had to get his legs shaved to look lady-like 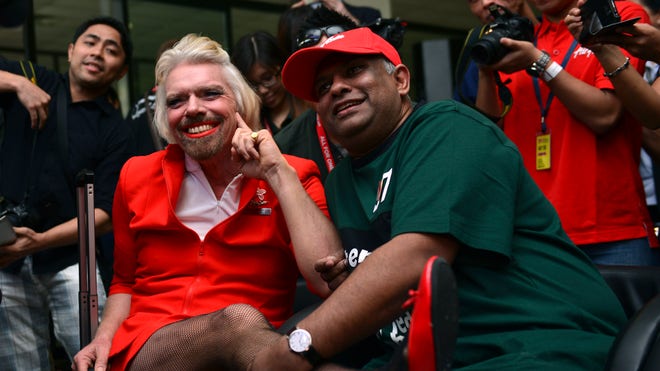 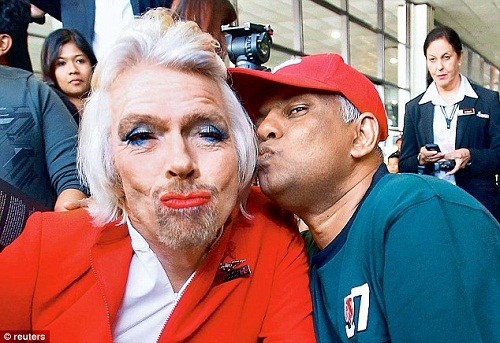 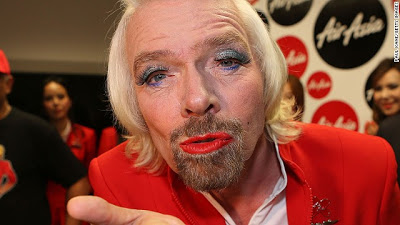 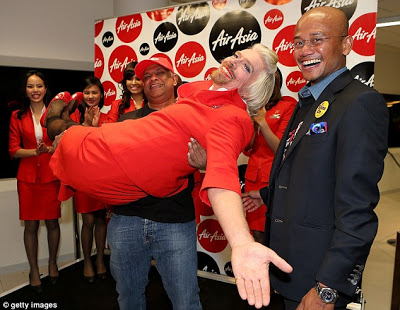 Tony Fernades carrying Richard like he would carry a lady 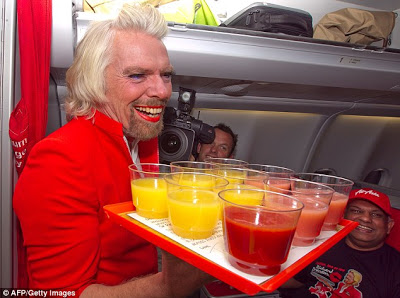 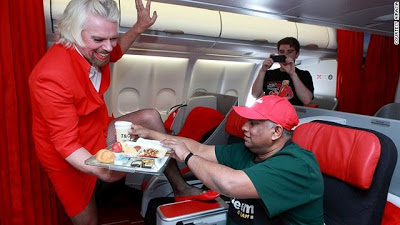 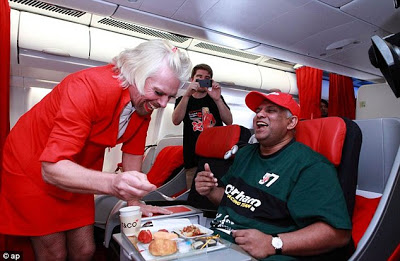 Serving the man who he lost to and who made his advernture possible.

Sir Richard went about doing what flight attendants normally do on an Air Asia flight, until it got to the part where he was supposed to serve drinks. From the AP:
But he earned a reprimand from AirAsia chief Tony Fernandes after he deliberately dumped a tray of orange juice on Fernandes’ lap.
“He looked at me, I said, ‘don’t you dare,’ and the next thing I know, he tipped the whole tray on me,” Fernandes added. “He and the girls mopped it up, but I was walking around the flight in my underwear for a while because I didn’t bring another pair of trousers.” 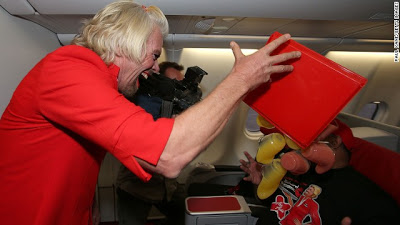 In his words after the flight,  Richard said; “This has been a real first for me but I have enjoyed the experience and I have nothing but respect for what our fabulous flight attendants do every day to keep us safe,”
‘As Tony said we had a fun day, glad to have got his bet over and done with, and I’m looking forward to getting back into my own clothes,’ Mr Branson added.
He also revealed the stunt raised over $300,000 for the charity Starlight Foundation, which both Virgin Australia and Air Asia support. 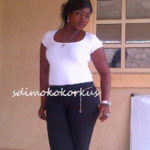