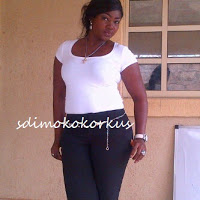 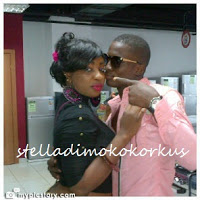 Odinaka was the boyfriend of Up and coming actress Oyinye Obodoechina and things were fine between them even though Onyinye was thrown out of a set for flaunting her relationship with the young boy. According to eye witness reports the producer of the movie where this fight occurred is Jospeh Okafor and he had a bitter fight on set with Anita and Odinaka.

”It started in Awka eight weeks ago when Oyinye that Anita had taken over her relationship with Odinaka
Joseph Okafor was introduced to Odinaka to start acting and earn a living and Oyinye and Odinaka met on one of Josephs set and though Joseph frowned at their dating, it didn’t stop them and they turned a blind eye to his warnings and Joseph threw both of them out of his movie because of their relationship.

Joseph began complaining to Anita on another set concerning Odinaka and Oyinye, Anita set her eyes on Odinaka, fell in love with him and the rest is history… Odinaka and Anita started dating behind Onyinye’s back but the cat was innocently let out of the bag one night……

Joseph Okafor saw the lady he paired Anita with in a room around 11pm outside and asked her what she was doing outside so late,the angry waka oass Actress told Joseph that Anita was busy with a guy in the room so she had to excuse them..

The producer rushed up to the room but Anita was already at the front door planning a decoy so that Odinaka could sneak out but the producer knocked on the back door and Odinaka who was in boxer shorts opened it and as soon as he saw Joseph he ran into  the toilet and locked the door.

Anita came in and saw Joesph and a big fight ensued, Joseph exploded wanting to know why she would bring a man into the room he paid for her and another Actress, he was pained that it was the same boy he was complaining to Anita about that she had turned around and started sleeping with.

Anita called some Actors on set to intervene but the producer refused stating it was unprofessional. Odinaka sensing trouble from inside the locked toilet quickly called his cousin and they called the cult boys.

Joseph heard Odinaka placing the call and also quickly called his Mopol friends and they came to the hotel.
The cult guys and the Mopol had a bloody fight and even the hotel receptionist was badly beaten and had to be rushed to the hospital…The fight ended very bloody.

The producer later called Oyinye and told her that Anita had taken over her boyfriend and that he caught the boy in Anita’s room.

Oyinye now set out to try and wrestle Anita.she and her friends ambushed Anita at new haven in Enugu and the fight was bloody.

Oyinye’s friends have been sending stinker messages to Anita on the blackberry and all her social network handle but Anita appears too deep in love to care or give a hoot.

Last two weeks Anita celebrated Odinaka’s  birthday in Enugu  at Davis suite in New haven . The party was big and had all of his friends there, however Odinaka was so badly stoned he had to be rushed to the Hospital because he lost control of himself.

I called Oyinye to find out if indeed anything of such happened between her and Anita.I asked her why she is married and running after a small boy and her response is

”Yes Anita snatched my boyfriend but i dash am,I no want again,she can have him.I was married but I am a widow with three kids.I didn’t fight with Anita though because its not necessary to do so.I am done with him though,she can have my left over.

”He is 22yrs old,I agree he is young  but we started dating when I tried to assist him because he needed help,one thing led to another and we began dating .he smokes weed and has a bad attitude and i was trying to set him on the right path but he felt I was too controlling and probably Anita is his kind of woman.Relationship is not about age,Odinaka is 22yrs but he does things older than his age,age is just a number.

As for Anita,we are not in the same class so why should I drag a man with her,shes below me.I have three kids and I am more beautiful than her;I have everything she doesn’t have so why should I waste my precious time fighting her?for what?The boy is greedy and I wont fight because of a greedy boy who doesn’t know what he wants,hes with Anita now but hes been trying to get back with me ,hes a gold digger so Anita can have him since she wants him so badly.I am done with them both”

I contacted Anita to get her side of the story and she told me plainly:

”I don’t know what you are talking about,i didn’t snatch anybodys boyfriend.I dont have anything to do with him,he is just my friend.

I contacted producer Joseph Okafor and he confirmed the story saying 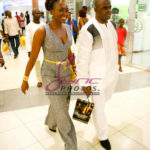 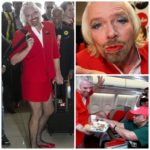