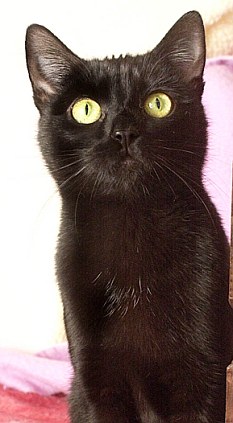 An Italian cat has become the third richest animal in the world after inheriting almost £10 million after his wealthy owner died and left him the entire family fortune.
Maria Assunta died last month aged 94 years old and according to lawyers entrusted with her estate left the fortune in property to Tommasino, a stray cat she had found and looked after because of her love for animals.
Ms Assunta had a large property portfolio with homes and villas across the country, as well as several bulging bank accounts and share portfolios but no living relatives.
Lawyers Anna Orecchioni and Giacinto Canzona who are representing her say that she left the fortune to Tommasino in a will she wrote and deposited with them in their office in Rome in October 2009.
Mrs Orecchioni explained that under Italian law Tommassino  is not entitled to inherit the money directly and the will also asked for the money to be given to a ‘worthy animal association, if one could be found.’
Pictures of world’s richest pets when you continue 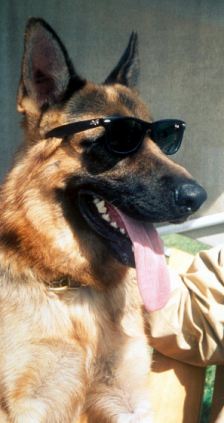 Gunter: $124million
This dog is the richest pet in the world with owner of 124 million dollars. This dog is adopted by Countess karlotta Liebersten. Gunther III was the father of this dog. This huge wealth is an inheritance of Gunther III given by their owner Karlotta Liebersten. Gunter III died and Gunter IV became the owner of this huge amount of money.
And in July 2000, Madonna sold her eight bedroom Miami villa for £5million to agents acting on behalf of the dog.
A website dedicated to this most pampered of mutts shows him living in true Playboy mansion style: there are pictures of Gunther surrounded by bronzed girls in gold dresses and gorgeous men in glaring white jeans, as well as splashing about in a blue swimming pool while girls in string bikinis look on adoringly. 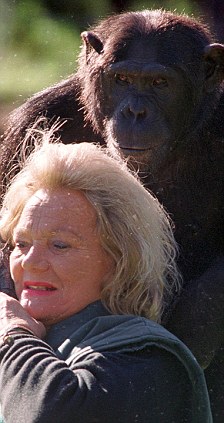 Chimpanzee Kalu: $109million
Former Australian swimming champion Frank O’Neill.’s wife Patricia O’Neill, the daughter of the Countess of Kenmore, left her $109million fortune to Kalu.
She fell in love with the chimpanzee after since finding her tied to a tree outside the home of the Argentinian Consul-General in war-torn Zaire.
The lady did not leave any thing for her husband in her will . She gave everything to her beloved pet. She left 109 million dollars. Every one was shocked about the decision of Patricia O Neil,  The Chimp is the 2nd richest pet in the world

Tobey Rimes is the world’s 3rd richest pet with a net worth of 92 million dollars. He lives in New York City where he shares a home with Ella Wendel. The dog is enjoying the wealth of his late owner.

Blackie is 4th richest pet with net worth of 25 million dollars. His owner Ben Rea passed away and willed everything to Blackie,

Gigoo (a hen)  owned by Miles Blackwell. Gigoo is worth 10 million dollars. After the death of Miles Blackwell wife, He decided to give all this amount to his hen because they were childless.

Frankie is worth 5.3 million dollars and lives in his own mansion in San Diego. His owner willed all his fortune to him.

Tina and Kate The Collie Crosses
They were adopted by Nora Harwell and got 1million dollars and 5 Acres of land when she died.

Tinker got 1million dollars, a trust fund and a home worth 350,000 dollars when her owner died.

Related Topics:PHOTOSPEAKSrichest pets
Up Next

Hottie Of The Day – Joshua Agai

Hackers who thought they were gods: The bedroom cyber villains who hit FBI and Nato ‘for fun’ are jailed seven years