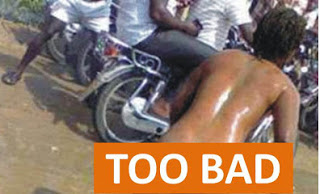 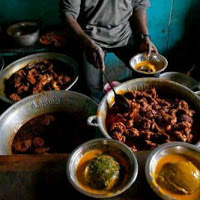 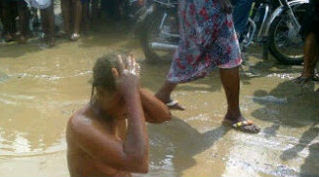 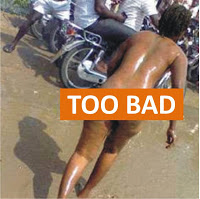 Imagine the length some people would go to just to be wealthy? And funny enough the wealth wouldn’t be used for any useful purpose but to oppress neigbours, family etc!….From today, i’ve vowed never to eat in all these fast-foods and restaurants. Both Mr Small, Snake Republic except it’s a big restaurant or hotel owned and run by foreigners. I believe they aint got time for juju and people’s destiny.

The woman in the images above runs a popular restaurant where men and women troop in to eat, not know that they are eating away their destinies, in this Nigeria. She is the owner of one of the most popular local restaurant (buka) in the Eleme area of Port Harcourt, the Rivers State capital. The woman confessed last weekend to using spiritual means to entice customers, as well as take their “destinies.”

According to eye witnesses, the woman, said to be from Akwa Ibom state, suddenly ran mad while at her restaurant. She started acting bizarre, tore her clothes and started confessing in the presence of customers, her workers and passersby how she used diabolical means for the growth of her business.

According to a source, she said she mixes water used to bathe corpses with her food, as well as water from her private part and menstruation blood. She said she did all these to attract customers whose “destinies” she used for the growth of her business and riches.

The news of her confession spread around town and many who have been going to her restaurant to enjoy themselves could not believe their ears that they’ve been eating food made with corpse’s water. Really sad! Some of her customers (including Okada men) and angry onlookers descended on her but she was rescued by Policemen who later took her away.

Eating Outside is very cheap BUT Cooking in YOUR house is actually very cheaper. BE WISE!!! 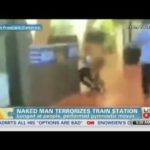